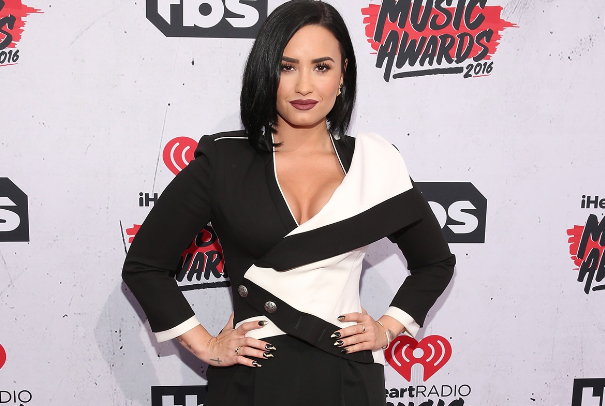 We all know Demi Lovato isn’t afraid to speak her mind…even though she clearly should be sometimes. She’s like a less talented/more annoying version of Kanye West. But there is one thing she has right, and that thing is Taylor Swift.

Most people in Hollywood are afraid to say anything negative about Swift or her ridiculous squad. Lovato ain’t afraid of no fake feminists, though. In a new interview with Glamour, the 24-year-old singer talked about how Swift’s squad is actually damaging to young women because it promotes a false image of what a powerful woman should look like.

To be honest, and this will probably get me in trouble, I don’t see anybody in any sort of squad that has a normal body. It’s kind of this false image of what people should look like. And what they should be like, and it’s not real.

She then points out how Swift attacked Katy Perry in her Bad Blood music video, “I think that having a song and a video about tearing Katy Perry down, that’s not women’s empowerment.”

And then Lovato spent the rest of the interview patting herself on the back for speaking out about the real issues. It’s her job to raise awareness for worthy causes. It’s the job of every serious artist.

When you’re an artist, you have a platform that can reach millions. I feel it’s selfish when you don’t use your voice, because then you’re just relishing the attention—you’re not using it for good.

Exactly. This is why we here at TVST would like to take a minute to talk about The Gary Busey GIF/JIF Fund. It’s something we care deeply about. Basically, our goal is to get a GIF of Gary Busey eating an entire jar of JIF peanut butter.

We’re not asking for money. We only ask for prayers. If we all work together, #GIFJIFBUSEY could happen.