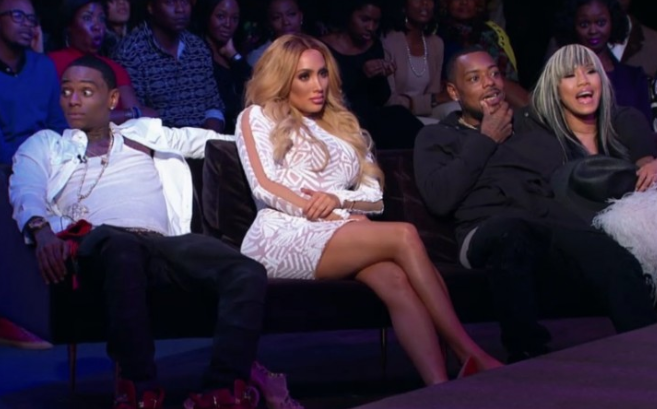 Last month, the talented artist Soulja Boy bragged on his social media about his $25,000 paycheck from filming just one episode of Love & Hip Hop Hollywood. He seemed pretty proud of that money.

But apparently he doesn’t need it that bad. On Monday, he announced that he was quitting LHHH because it was hurting his brand, because you know he has created such a respected brand.

What is Soulja Boy’s brand? I’m not even trying to throw shade right now. I am genuinely confused. And what the hell is his TV show going to be about? How to stretch the truth to make yourself look wealthier and more important than you actually are?

If so, Mr. Boy has that mastered. Remember earlier this year when he claimed to have a $400 million deal with “in-flight gaming” company World Poker Fund? When he announced this deal, everyone knew there was something suspect about it because the company was only valued at $52 million, and they had just lost almost $500,000 the year before.

He received 1.5 million shares, and when the deal went down, one share was worth $1.70, which means the initial deal was worth around $2.5 million. We’re not sure why the rapper didn’t just reveal those details. That’s still an impressive deal, but it’s forever tainted now.

Anyway, we’re super excited for this new TV show of his. Can’t wait to watch it on YouTube Red.