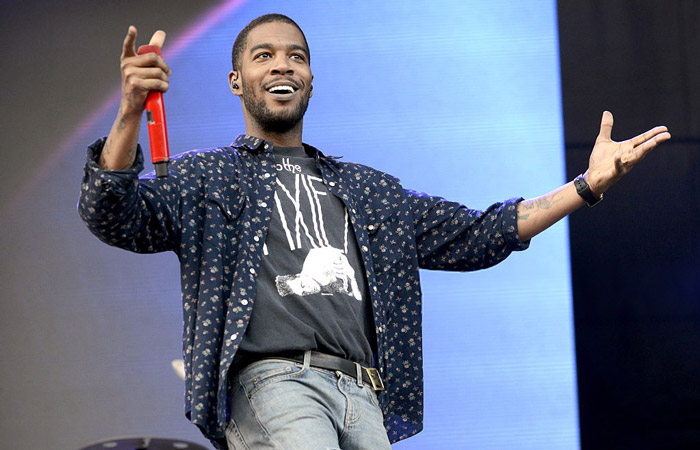 When Cudi released Speedin’ Bullet, I knew he was going through something.  That album is dark and it takes you to a dark place, if you can get through it.  It wasn’t received well by fans and for someone who is prone to depression, you might think that they don’t care what others think, but in fact sometimes that’s all they care about.

Back in 2010 when he was arrested for possession of cocaine people thought he was a coke head.  He admitted taking the drug but he insists that he wasn’t an addict,

“People said I was an addict. But I was never an addict; I was just on a ride for a little bit. Playing rock was my way of saying, “F— everyone.” It wasn’t well-received … The last thing I was catering to was the world.”

AND THEN KID CUDI THOUGHT HE HAD IT FIGURED OUT

This year he went back to rapping, which he admits is what he likes to do the most.  He attempted to just choose to be happy, but that only lasted for a few months. Back in April he told Billboard magazine,

“I thought about how much of a struggle it has been the past eight years, to be in the news and pretend to be happy when, really, I was living a nightmare. But I can go anywhere, whenever I want. My daughter is in one of the best private schools in the nation. I have everything I ever dreamed of in terms of stability. But I hadn’t been living that reality, because depression was f—ing me up. So this year I chose to be happy. I just woke up.”

THEN HE ANNOUNCED THAT HE WAS DROPPING 2 ALBUMS

THEN HE CALLED OUT RAPPERS WHO DON’T WRITE – Oh OH!

I defer to the DJ Akademiks video below that received 600,000 views. He does an excellent job of summarizing the super blast that came from the Cud-man.  He basically called artists like Kanye West and Drake to task.

Going to war with Drake, West, and society at large takes its toll on the soul.

AND THEN YESTERDAY THIS HAPPENED

Out of nowhere, Cudi took to Facebook and told fans that he was checking himself into rehab.  He said that he was not only depressed, but he was having suicidal urges.

He also said that depression basically had him trapped in his own house!  Based on the message Cudi plans to stay in rehab as long as it takes for him to get better but not too long.  He said that he won’t be around to promote Passion, Pain & Demon Slayin and who knows what this will do to his second album, however he did say that he was still releasing PP&DS and that he hopes to be out in time for Complexcon. He is on the roster to perform and that’s just 4 weeks away (November 5-6).

Its been difficult for me to find the words to what Im about to share with you because I feel ashamed. Ashamed to be a leader and hero to so many while admitting I’ve been living a lie. It took me a while to get to this place of commitment, but it is something I have to do for myself, my family, my best friend/daughter and all of you, my fans.

Yesterday I checked myself into rehab for depression and suicidal urges.

I am not at peace. I haven’t been since you’ve known me. If I didn’t come here, I wouldve done something to myself. I simply am a damaged human swimming in a pool of emotions everyday of my life. Theres a ragin violent storm inside of my heart at all times. Idk what peace feels like. Idk how to relax. My anxiety and depression have ruled my life for as long as I can remember and I never leave the house because of it.

I cant make new friends because of it. I dont trust anyone because of it and Im tired of being held back in my life. I deserve to have peace. I deserve to be happy and smiling. Why not me? I guess I give so much of myself to others I forgot that I need to show myself some love too. I think I never really knew how. Im scared, im sad, I feel like I let a lot of people down and again, Im sorry. Its time I fix me. Im nervous but ima get through this.

I wont be around to promote much, but the good folks at Republic and my manager Dennis will inform you about upcoming releases. The music videos, album release date etc. The album is still on the way. Promise. I wanted to square away all the business before I got here so I could focus on my recovery.

If all goes well ill be out in time for Complexcon and ill be lookin forward to seeing you all there for high fives and hugs.

Love and light to everyone who has love for me and I am sorry if I let anyone down. I really am sorry. Ill be back, stronger, better. Reborn. I feel like shit, I feel so ashamed. Im sorry.

The fact that he apologizes and feels ashamed, tells you what our society thinks about depression.  He has nothing to apologize for.  The fact that he went public with this message and shared his struggle is the best way a celebrity can use their star power.  He shouldn’t be apologizing to us, we should be thanking him.

In honor of Cudi’s rehab, I’m about to put on my sh*t.  Thanks Cud-man.  Your real fans will be here when you get out.