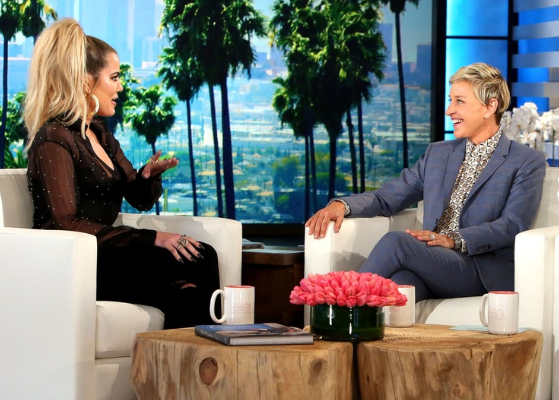 After a week of silence, the Kardashian family is beginning to speak about the traumatic experience Kim Kardashian had in Paris earlier this month. As you all should know, Kim’s apartment at the Hôtel de Pourtalès in the City of Light was ransacked by five men wearing masks. They gagged and tied Kim up while they stole more than $10 million in jewelry.

Thankfully that didn’t happen, but it was obviously still a terrifying incident, and fans of the reality star have been wondering how she is doing.

Khloe went on The Ellen DeGeneres Show this week to discuss the robbery. She gave us our first real update on Kim, and unfortunately it’s not a great update.

“She’s not doing that well. It’s incredibly traumatic what happened to her, but our family is super close and great and we’ll get through it together. We do appreciate all of your guys’ love and support. It will take time. It was horrible what happened to her.”

And while they do appreciate all the love and support from fans, don’t expect Kim to make a return to social media anytime soon.

This incident has made her realize she needs to protect herself and her family more. She can’t make it easy for criminals to track her down. That doesn’t mean she’ll never return, but it does mean it won’t ever be the same.

“I think it’s just a wake-up call to make a lot of life adjustments. This is a really serious matter and for Kim I think it’s very personal for when that emotional terror — [when] you can move on from that. I think for us it’s all a wake-up call for all of us but just definitely to make sure that our sister is OK.”

Probably for the best. Not just for the Kardashians, but for all celebrities. Trust that your talent is enough to make fans watch your movies and listen to your music. You don’t have to document your every move. We’ll survive.