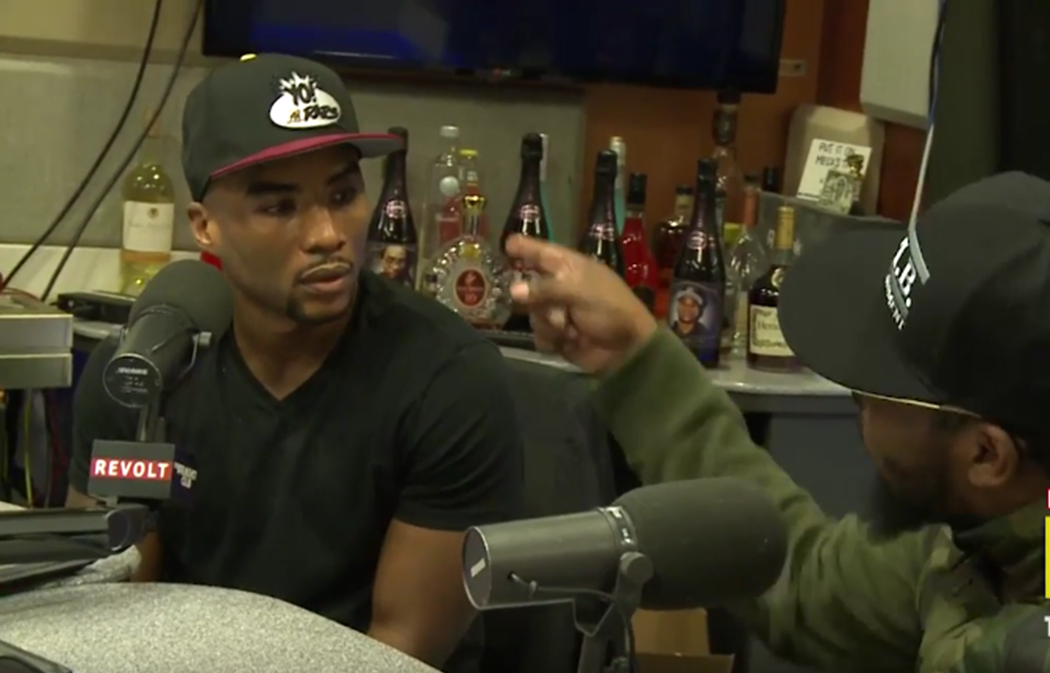 Things Get Explosive: Charlamagne and Beanie Really Don’t Like Each Other And it Makes for a Great Interview!! (VIDEO & 2 Meek Diss Tracks) Beans is trending again.  He didn’t have this much buzz when he was running State Property.

He’s hot in the streets right now and he knows all to well that at any moment it can all come to a quick end.  He decides to visit The Breakfast Club to keep the buzz going which proved to be a smart move because this interview with Charlamagne has definitely made headlines.

I was scared for Charlamagne.  Although I am pretty confident he could handle a sick, Beanie Sigel with one lung if they decided to throw hands, but what I’m not sure is what is Beans packing underneath that army vest.  I have to say that I was shocked in the photo above at how short Charlamagne is, or tall Beans is. One or the other.  Old Beans would definitely work Tha God over.

WHY DOES BEANIE HATE CHARLAMAGNE?  HERE’S A LITTLE OF THE REASON…..

Those comments laid the ground work for the two coming face to face.

SURPRISES?? YEAH THERE WERE A FEW

New to the whole drama, Beans said that he never ever meant to get on the original Game diss track. He said that the bars that he recorded were for a reference track that either Meek or Omelly could use but they decided to keep Mac’s voice on the song.  He also clearly stated that he wrote both for Meek and Omelly.

I’m not too surprised at this based on the comments he made about Lil Uzi.  On one hand I give Beans credit for being honest because he will lose fans, but on the other hand it’s 2016.  Are we not over that?  Apparently not

I assumed the knockout video was after Beans performed that night.  He reveals that it was actually before.  He had to gather himself up (off the floor) and perform his set. Beans gets a lot of respect for that.

If DJ Envy wasn’t there, Beans might have jumped on Charlemagne.  Right at the 21:48 mark, Beanie is like Kanye talking to Sway; except Beans is Beans and we know for a fact that he is a dangerous man.  That’s just Facts, so I was a lot more afraid for Charlamagne than I was for Sway!

After the 21:48 mark it only gets uglier from there.  The entire interview ends with Beans basically telling Charlemagne that he better be careful.