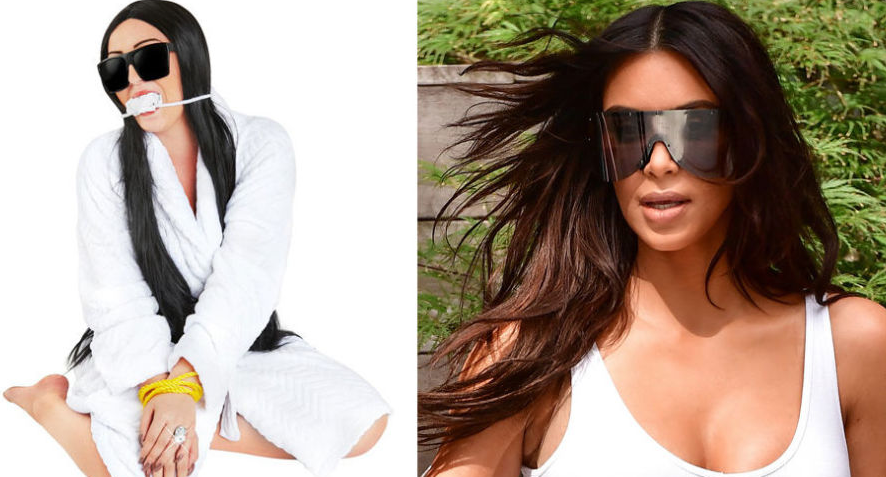 TOO SOON: Someone Made A Kim Kardashian Robbery Costume, And The Internet Is Not Happy About It (PHOTO)

The Costumeish site has developed magnificent Halloween costumes in the past. They were responsible for the crack-smoking mayor Rob Ford costume and this Cecil the Lion costume.

So as you can see, there are clearly some wonderful people running this site. BEING OFFENSIVE IS JUST SO COOL AND DANGEROUS!

Anyway, the site might have pushed things too far with their latest costume. They put up a Kim Kardashian robbery costume, which features a Kim look-alike gagged with her hands tied. In addition to the restraints, the $69.99 costume also came with a “short sexy robe, long black wig, ‘$4 million ring’, and large sunglasses.”

The description of the costume read:

“She has devoted her life to promoting American decadence, youth and hedonism but all that flashy living caught up with her one night in Paris when armed men bound her, stole her jewelry and her peace of mind. This Halloween have some fun with pop culture and dress just like the Queen of Social media.”

Thankfully, the internet battled back and defended Kim. The backlash was so severe that the founder of the site, Johnathon Weeks had to remove the costume from the online store. It was the first time they removed a costume from the site.

Believe it or not, there were a few people who actually purchased the costume before it was pulled. Weeks says those people will be getting a full refund.

So yeah…sorry folks. If you want to make fun of a robbery victim, you’ll have to create the costume yourself.