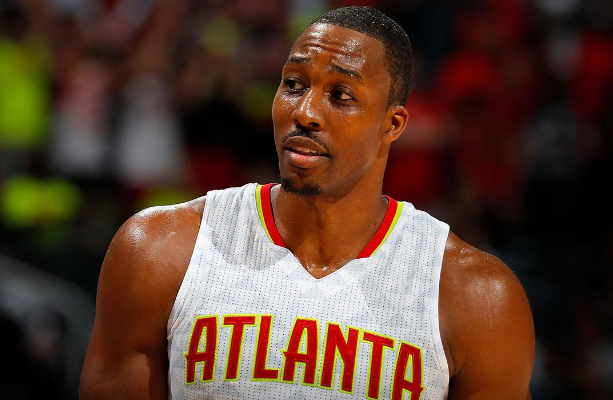 It’s easy to talk smack from the bleachers. You’re protected by security guards and the sea of people surrounding you. You know there is no real threat, but one Lakers fan probably had to change his pants on Sunday night after coming THIS close to getting his ass knocked out.

Dwight Howard has an explosive relationship with fans at the Staples Center. Last year, he almost punched a wall after being taunted with a “Kobe” chant during a playoff game against the Clippers.

Fast forward to this year, and things are getting more intense. After his team, the Atlanta Hawks, lost big to the Lakers, Howard was walking back to the locker room.

But before he arrived, some fan yelled “You’re a bitch!” at him, and that was clearly the wrong thing to say. Howard stopped walking and looked right at the heckler, “Come back here and say it,” he yelled.

An official with the team tried to hold Howard back, but the NBA star wanted more. He continued to challenge the fan before eventually realizing it wasn’t worth it.

Maybe this will make fans think twice before talking all that smack. You don’t call a 6’11” beast a bitch. It’s just not a smart move. His hands are probably bigger than your head.