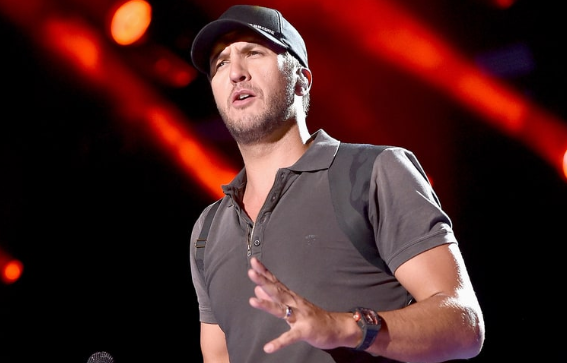 WATCH: Country Music Superstar Luke Bryan Punches A Heckler During Concert And It Was All Caught On Video! Typically, the most shocking thing you’ll see at a Luke Bryan concert is a little booty shaking. It makes the ladies go crazy. But during the 40-year-old singer’s concert at the Charlie Daniels’ all-star Volunteer Jam in Nashville on Wednesday, the audience got a special treat.

A heckler, who was standing near the stage, had been causing trouble all night. He was reportedly making “crude hand gestures” toward Luke, which not only insulted the singer, but also the families surrounding the heckler. It was making everyone uncomfortable.

He paused mid-song, walked off the stage and confronted the dude. And we’re not talking about a little yelling and pushing, Bryan walked up to the guy and assaulted him.

A rep for the singer released a statement after the incident went viral:

“It was insulting not only to him, but more importantly to the men, women and families sitting around him who were there to support and celebrate Charlie Daniels and the efforts of raising money for the military veterans — some of who were in the audience. The concert security personnel saw the man’s disruptive actions of the event and he was escorted out.”

Bryan’s next performance is scheduled for December 30 in Las Vegas, and you can bet the alcohol will be flowing, so maybe we’ll see some more fireworks.