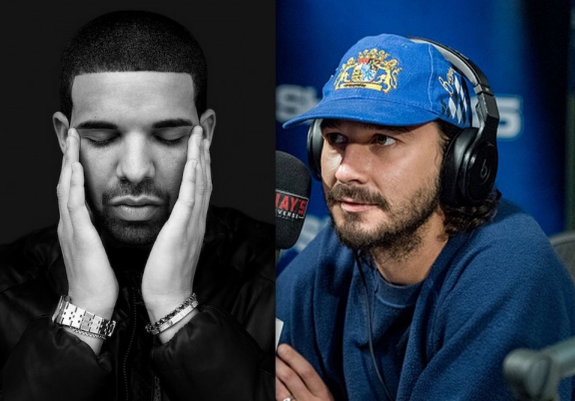 We are living in a world where Shia LaBeouf is getting himself into legit beefs in the hip hop world. The 30-year-old actor and former Disney star is one track away from being a professional rapper.

As most of you know, Shia shocked the world last month when he went on Sway in the Morning and dropped a crazy good freestyle. If you missed it, you can click on this link to watch the video. It’s worth it. We’re not building it up, the dude has some serious skills.

But of course, the haters came crawling out soon after the freestyle went viral. One of those haters being Hot 97’s Peter Rosenberg. He dropped his own freestyle about Thanksgiving and Shia. It’s pretty dope.

Everyone assumed this freestyle put an end to the battle, but Shia ain’t about to go out like a punk. He emailed Charlamagne Tha God a 3-minute freestyle, and it was a diss-heavy track. He took shots at Rosenberg, Drake, Vin Diesel, and Lil Yachty.

Once again, it’s surprisingly decent. The flow might not be as powerful, but there are some clever lines in there. And the “happy holidays” ending is pretty funny.