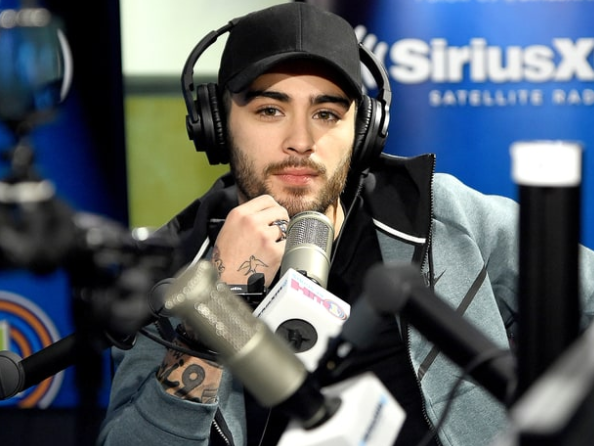 Zayn Malik Talks About His First Date With Gigi Hadid, And Also Jokes About Having A ‘Fifty Shades of Grey’ Sex Life (VIDEO) If you’re a fan of Zayn Malik, especially his solo career, then you’ll know his first album focused a lot on sex. In September he talked to Paper about his first album, Mind of Mine, and revealed it wasn’t his plan to sing about sex.

“It wasn’t a conscious decision to make [the album] sexual or refer to sex. But I just found out that a lot of situations that I was in were quite sexual situations — all of the time. … I enjoyed singing about [sex], clearly.”

Well fast forward a few months later and now he has a track that is going to be featured on the Fifty Shades Darker soundtrack. The song, I Don’t Wanna Live Forever, was recorded with Taylor Swift.

He admitted he hadn’t, and that’s when one of the DJ’s joked that Malik had actually lived the movie. The 23-year-old singer really liked that joke. He smiled real big and said, “I like that,” which seems to suggest that he and Gigi Hadid are enjoying a, uh, healthy sex life.

And speaking of Hadid, the morning crew also asked him how their relationship began.