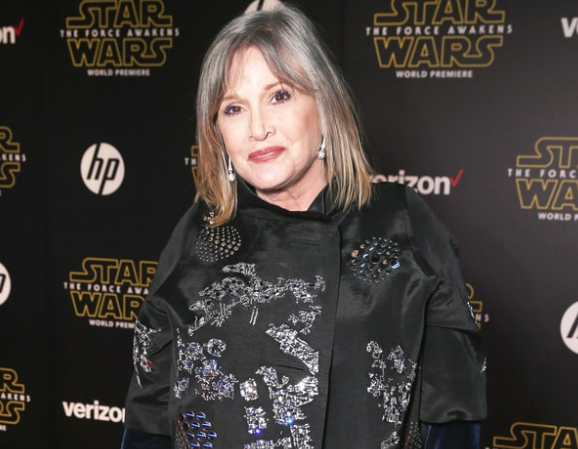 2016 Takes Another One, ‘Star Wars’ Actress Carrie Fisher Dead At 60 Jesus. 2016 just won’t stop. We’re a few days away from entering 2017, but the celebrity deaths of 2016 are still going strong. Yesterday, we told you about the shocking death of George Michael, and today we must sadly report the death of Carrie Fisher.

The 60-year-old actress died on Tuesday (Dec 27) four days after suffering a heart attack. She suffered the massive heart attack while on a flight from London to LAX on Friday. An EMT on the flight kept her alive by performing CPR.

When the plane landed, she was rushed to the hospital and her condition was reported to be “critical” over the holiday weekend.

Family spokesman Simon Halls released the statement you see below to the media:

“It is with a very deep sadness that Billie Lourd confirms that her beloved mother Carrie Fisher passed away at 8:55 this morning. She was loved by the world and she will be missed profoundly. Our entire family thanks you for your thoughts and prayers.”

According to the reports, Carrie never really woke up after the emergency on the plane. She was inside the intensive care unit at UCLA Medical Center and doctors were hopeful she might recover, but it just didn’t happen.

The actress was best known for her work in the original Star Wars trilogy. She also starred in a number of other movies, including, When Harry Met Sally, The ‘Burbs and The Blues Brothers.

Our thoughts go out to her family and friends. By the way, two other celebrities (not counting George Michael) died this week as well. Actress Tricia McCauley and comedian/actor Ricky Harris.