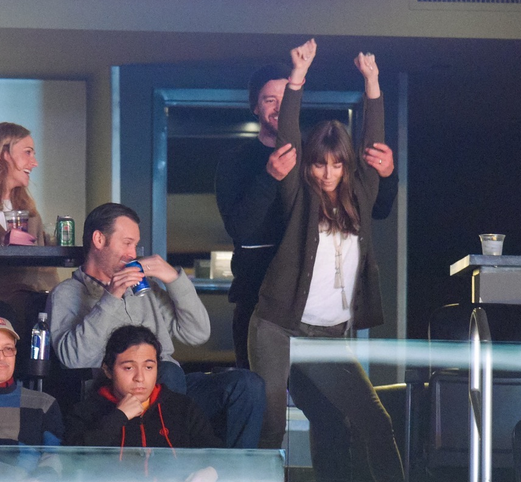 WATCH: Justin Timberlake Has Game, Dude Sinks TWO Halfcourt Shots At Lakers Game, And Then Gets Down With Jessica Biel In VIP Box!

Is there anything Justin Timberlake can’t do? We’re beginning to wonder. He seems to be super talented at everything he does, which is why we’re not surprised to learn he’s a legit balla on the court.

Timberlake was at the Staples Center on Tuesday night to watch the Memphis Grizzlies (he’s a part-owner) take on the Lakers. Before the game, the 35-year-old superstar had some fun on the court with a few of his friends.

And as you can see in the video above, he was on fire. We’re talking NBA Jam levels.

He knocked down two halfcourt shots and he didn’t even need the rim or backboard. They were two beautifully perfect shots.

And you know what else is beautiful? The love between Timberlake and his wife, Jessica Biel. They’ve been married since 2012 and their love appears to be stronger than ever.

They watched the game together from a VIP box, and as you can see from the photos, they were enjoying their time together. Biel was putting the moves on Justin. That is the look of happiness, folks. Every human deserves that.