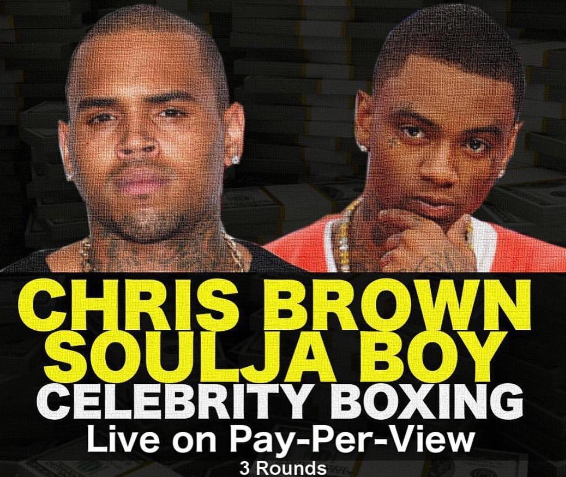 So This Chris Brown And Soulja Boy Boxing Match Is Actually Happening? Find Out How Floyd Mayweather Is Getting Involved! (VIDEO) 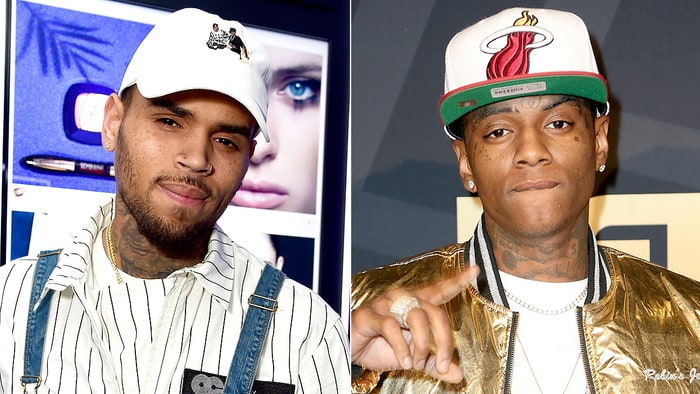 There is so much drama going on between Soulja Boy and Chris Brown. It’s hard to keep track of it all, but we’re going to do our best for you.

As we told you on Tuesday, the beef started when Soulja liked one of Karrueche Tran’s photos on Instagram. For some reason, this upset Brown and he allegedly threatened Soulja. From there, the drama has expanded, and we’re going to give you some of the highlights.

Early Thursday morning, Soulja went on his Instagram and shared the most unimpressive poster ever. It honestly looks like it was made by a 75-year-old woman named Susan.

“It’s going down! Signed my contract I’m leaving the fight with $1,000,000 I got the best ever my big bro @floydmayweather training me damn. March in Vegas !! On TV.” And that last tweet crossed the line for Brown. He was fine with all the trash talking about his exes, but he didn’t appreciate Soulja dragging his daughter into this.

He posted a video to his Instagram account saying he was down for the boxing match, “All jokes aside … seriously. We gonna set up this fight. It’s going to be professional,” but he wants Soulja to stop talking about his daughter, “You can do all that, but one thing you gotta stop doing, my n—a, stop bringing my daughter into this.”

To make this situation even more bizarre, Soulja actually apologized for his actions yesterday and explained that his mother has been in the hospital, “I know she’s not proud of my actions and what I’ve been doing recently. I wanna make music with Chris Brown … I apologize. I’m back to the music.”

But that apology obviously meant nothing because all those tweets you see above came after it. And no one wants Chris Brown and Soulja Boy to make music together.

Why do you think they’re having to create some beef to make the headlines? This ain’t a fight for respect. This is a fight to stay relevant.