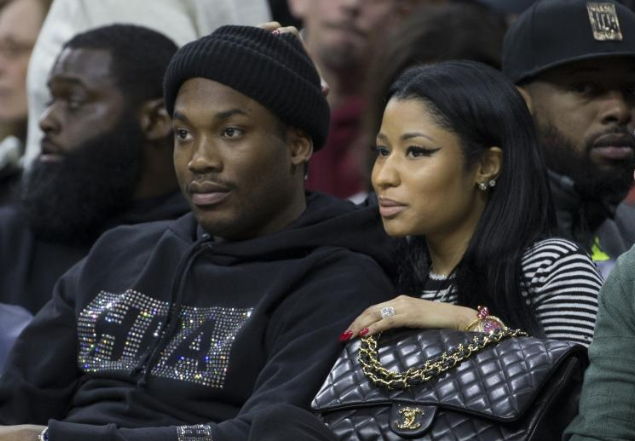 Nicki Minaj Confirms She Is Single, But She’s Not Ready To Mingle…WORKING ON NEW MUSIC FOR 2017! Nearly a month ago, we told you that Nicki Minaj and Meek Mill were most likely done. She went on her Instagram account and posted some messages that made it clear she was going through a break up.

She posted lyrics from Beyonce’s song Best Thing I Never Had, “Thank God u blew it. Thank God I dodged the bullet. I’m so over u. Baby good lookin out.”

Seems like confirmation to us, but Nicki is a strange gal and we weren’t ready to say 100% that she was single. After all, just one month before that post, she was posting photos of Meek snacking on her toes. But things can go south fast, and it looks like that was the case here. The 34-year-old singer/rapper went on her Twitter account to talk with her fans about her life.

“To confirm, yes I am single. Focusing on my work & looking forward to sharing it with you guys really soon. Have a blessed New Year.”

So yeah, it’s official now. Nicki is single, and it looks like she’s going to stay that way for a while. Even when she was in the relationship with Meek, she didn’t like actually saying that she was in a relationship.

You’ll remember when Nicki went on the Ellen Show last Spring, she said this…

“I don’t even want to say that I’m in a relationship anymore, because I think when people hear that, they go to like the mean place. Now I feel like just going back to that and saying, ‘You know what? I’m single.'”

Well, now she is truly single. Hopefully this means we’re going to get some angry jams from her this year.