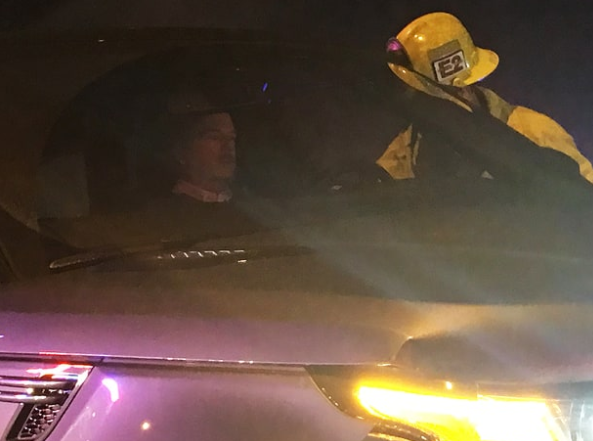 2017 Started With A Bang For David Spade, Actor Taken To Hospital After Three-Car Accident In Hollywood (PHOTO) 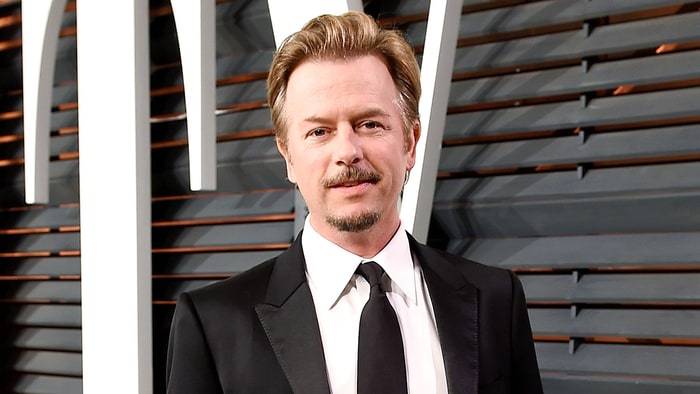 Last month we reported a pretty nasty car wreck involving Miles Teller. He was driving with his girlfriend in California when a car pulled out in front of him. The Bronco he was in flipped at least once, but thankfully he and his girlfriend suffered only minor injuries.

Now just two weeks later, another celebrity has been involved in a car accident. David Spade, who will forever hold a special place in my heart thanks to his work in Joe Dirt, is lucky to be alive today.

He was driving his Range Rover down Sunset Blvd Wednesday evening. According to the report, he was going to grab some dinner with a few friends.

During his drive, he tried to take a left turn in front of the Beverly Hills Hotel, which is one of the most dangerous intersections in town. As he was making the turn, a car sped up to beat the yellow light and smashed into Spade’s vehicle, causing his vehicle to smack another car. His airbags deployed and one of his rear tires went flying over 100 feet from the crash site. Witnesses say Spade is lucky to be alive because the impact was severe.

According to US Weekly, the 52-year-old actor was placed on a gurney and transported to a local hospital. He was not seriously injured though. He did look a bit shocked, according to the sources on the ground and the photo you see above. It looks like he saw a ghost.

Another insider gave a second update on his condition, “David was released from the hospital with a few aches and pains and bruises but seems fine and is resting at home now.”

Much like in Teller’s crash, drugs & alcohol were not an issue. It truly was just an accident.