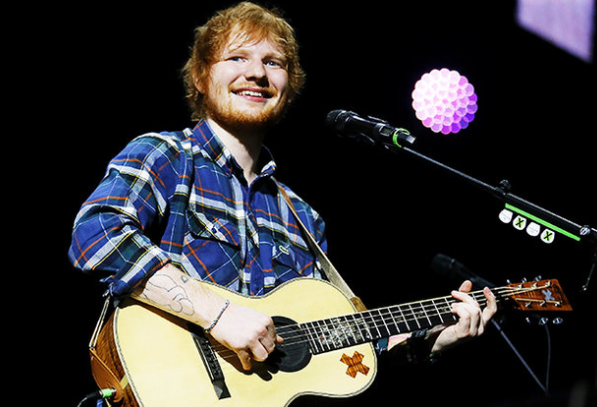 After A Year-Long Break From The Spotlight And Social Media, Ed Sheeran Has Returned With TWO New Singles, Listen To Them Both Inside! Ed Sheeran is the rare musician who appeals to both girls and guys. I mean, most guys won’t admit they love his music, but they do…trust me.

So everyone was pretty sad back in December of 2015 when Sheeran announced he would be taking a break from “my phone, emails and all social media for a while.” He explained that he had spent the past 5 years working his butt off and only experiencing the world through a screen.

“So I’m taking this opportunity of me not having to be anywhere or do anything to travel the world and see everything I missed. To my fans, the 3rd album is on its way and is the best thing I have made thus far. See you all next autumn, and thank you for being amazing.”

And unlike most artists who threaten their fans with a break, Sheeran actually stuck with his promise. He stayed away from social media and the stage. One of his first (post-break) performances came back in November when he stopped by the East Anglian Children’s Hospices Gala.

“It’s nice to be back. I’ve had a whole year off. I went to Japan for about a month…This is the first time I’ve done a show in a year, so please bear with me.”

OKAY, SO WHAT ABOUT THE NEW SONGS?

You can check out his two new singles below. The first one is titled, Castle on the Hill, which is about bittersweet memories from his hometown. The second song is titled, Shape Of You, and it’s about a budding romance and has a catchy chorus that will most likely get stuck in your head all day.