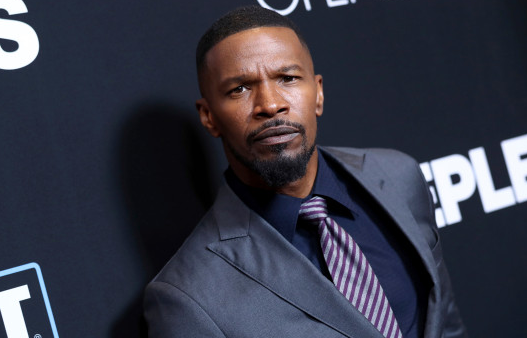 TMZ was first to report that Jamie Foxx and his entourage were in a pretty serious brawl inside a popular restaurant in Hollywood called Catch LA. It’s where all the celebs have been eating the past few months, so cameras are always circling around the place.

And on Saturday night, one of those cameras caught something special. A group of diners approached Jamie’s table and reportedly asked them to quiet down.

A few nasty words were exchanged and then things took a violent turn, as you can see in the video at the top of this page.

Late in the day on Monday, Foxx went on his Instagram account to talk about the situation. He had a white towel covering his eye, “F–k. The word is out, man. I know y’all heard about this s–t and saw some videos. I just want to address what happened on Saturday from my perspective,” he said.

And then he uncovered his eye….NSFW CLIP BELOW!

Were you fooled? The dude is just fine! He even managed to fit in a promotion for his new film at the end, “Come check me. Friday the thirteenth. Sleepless. Come see your boy kick some ass for real.”

You know, that would be incredible if the whole thing was just one big promotion for his movie. Like we said, he was eating at one of the most popular spots in town. If I was a celeb trying to stage some big fight, I’d do it at a place like Catch.