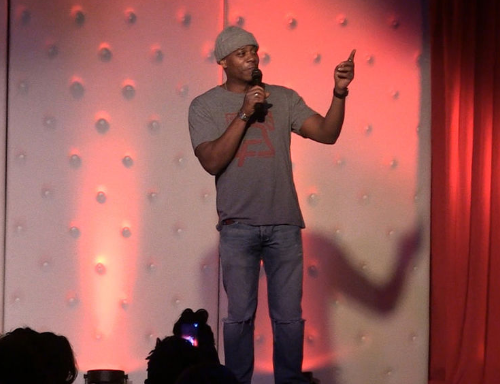 Dave Chappelle Threatens To End Show In Inglewood Because Of The Cameras, But Then A Donald Trump “Supporter” Saves The Day (VIDEO) 2016 was a terrible year, but it did feature the return of Dave Chappelle, so it wasn’t all bad. Chappelle is at the top of the comedy game once again. He’s back to performing at random clubs throughout the country every weekend, and he signed a reported $60 million deal with Netflix.

During a recent show at The Savoy in Inglewood, he threatened to walk off the stage if people didn’t put their phones away. As most of you know, Chappelle does not like it when people in the audience record his set. He has pulled the plug on multiple shows because of annoying audience members.

And he was ready to do it again, but then something magical happened. A Donald Trump “supporter” showed up in Inglewood.

We know Chappelle hates it when his stuff gets uploaded to YouTube, but we freaking love it. You know the clip is going to be hilarious if Chappelle is involved.