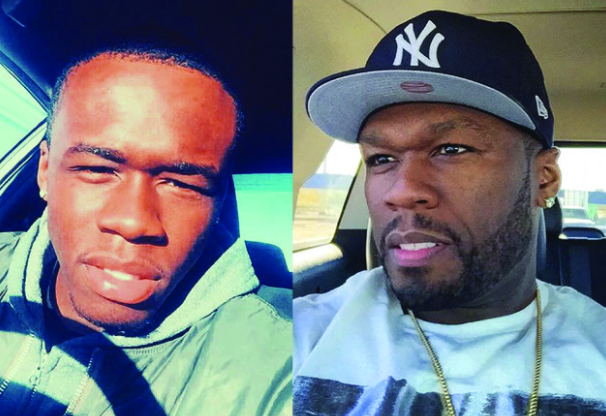 50 Cent’s Teenage Son Marquise Reveals His Immature Father Has Blocked Him On Instagram! 20 years ago, your father would show you how much he hates you by going to the gas station for cigarettes and then never coming back.

But it’s 2017 now, and terrible fathers don’t have to work quite as hard to show they don’t give a f**k. Let’s look at 50 Cent’s relationship with his oldest son, Marquise, as an example.

You may remember hearing about their child support drama back in October of last year. Marquise’s mother, Shaniqua, asked a judge to “modify” her current $6,700 a month payments for Marquise, because she needs extra money to pay for his college.

Mr. Cent responded by posting a photo of a countdown clock, highlighting the last payment he would need to make for Marquise on his 18th birthday, “Man, real life is going to start sooner than you think. Sad part is, I wish you well. #ShaniquaGetAJob”

Marquise responded to his father with this: “Don’t worry, I’ll make you proud. Just don’t forget to tell me Happy Birthday that day because you missed a few.” Since then, people have been hitting up Marquise on Instagram to give him unwanted advice. They trying to tell him to reach out to his father and make things right.

Marquise had enough of it and responded by informing everyone that his own father had blocked him on Instagram. Damn. How you gonna block your own kid on Instagram? That’s messed up.

You don’t block your kid on social media. That’s low, man. Real low. You have to be the adult, Fif.