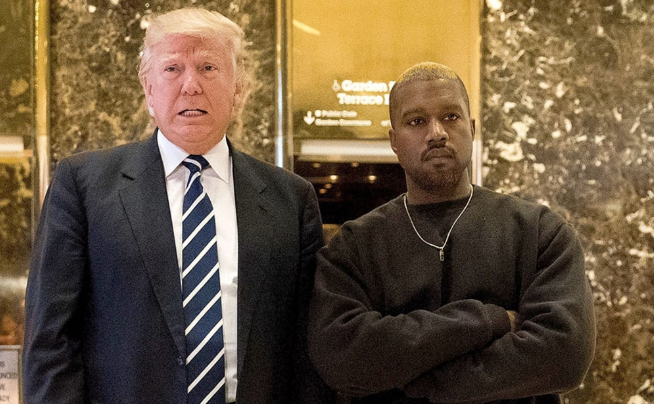 Kanye West Deletes All Donald Trump Tweets, Find Out Why He Ain’t Messing With The President Anymore!

This might be the closest thing we get to an apology from Kanye West. You’ll remember before his mental breakdown, West started talking crazy at his concerts, claiming Donald Trump was a genius and he would have voted for him had he participated in the election.

A month or two later, West actually had a meeting with Trump. After the meeting, it was all smiles and handshakes between the two.

People were obviously a little upset at the time…much like they were when Steve Harvey met with President Trump.

And they had a right to be upset, because Trump should not be running this country. We’re not sure why it took Kanye so long to realize this, but it looks like he has finally jumped off the Trump train.

He has deleted all Trump tweets from his Twitter account. Sources say he is “super unhappy” with Trump’s performance so far as president. He is particularly pissed about the Muslim ban, according to TMZ.

Welcome to the light, Kanye. We won’t hold your mistake against you. We’ve all supported people we shouldn’t have before. I mean, Taylor Hicks won American Idol back in 2006, and he was up against Daughtry, Katharine McPhee and Kellie Pickler.