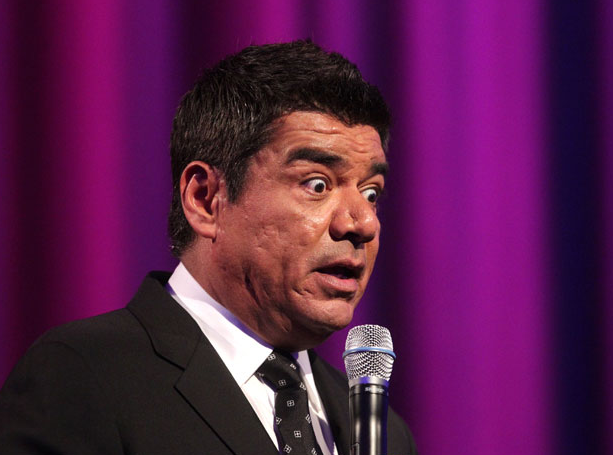 Wow George! George Lopez Shows How NOT to Handle a Heckler, Gets Super Disrespectful and Throws Her Out (Full Video)

Apparently, there are still people going to see George Lopez perform stand-up. We were shocked to learn this as well. On Saturday night, Lopez was performing in Phoenix when he told a borderline racist joke, which seems to be his favorite genre of jokes. He loves to joke about race. It’s all he has.

He told the crowd, “There are only 2 rules in the Latino family. Don’t marry somebody black and don’t park in front of our house.”

Most everyone in the audience laughed at the joke, but there was one woman in the front row who got offended. She stood up and gave the comedian the middle finger. And instead of ignoring the finger, or providing a clever response back to it, Lopez just started throwing insults at her.

The audience cheered him on as he repeatedly told her to “get the fu*k out,* and once the security team got involved, Lopez yelled “bye” at least five times as she left the building. Somehow, he became more annoying than the woman in just five seconds.

This video is difficult for me because comedy clubs aren’t the best place for people who get offended easily. However, Lopez was so childish in his response. There is a right way and a wrong way to handle a heckler. He picked the wrong way, most likely because he’s not clever enough to fight back.

I think the most important lesson here is that no one should be going to watch George Lopez tell jokes.