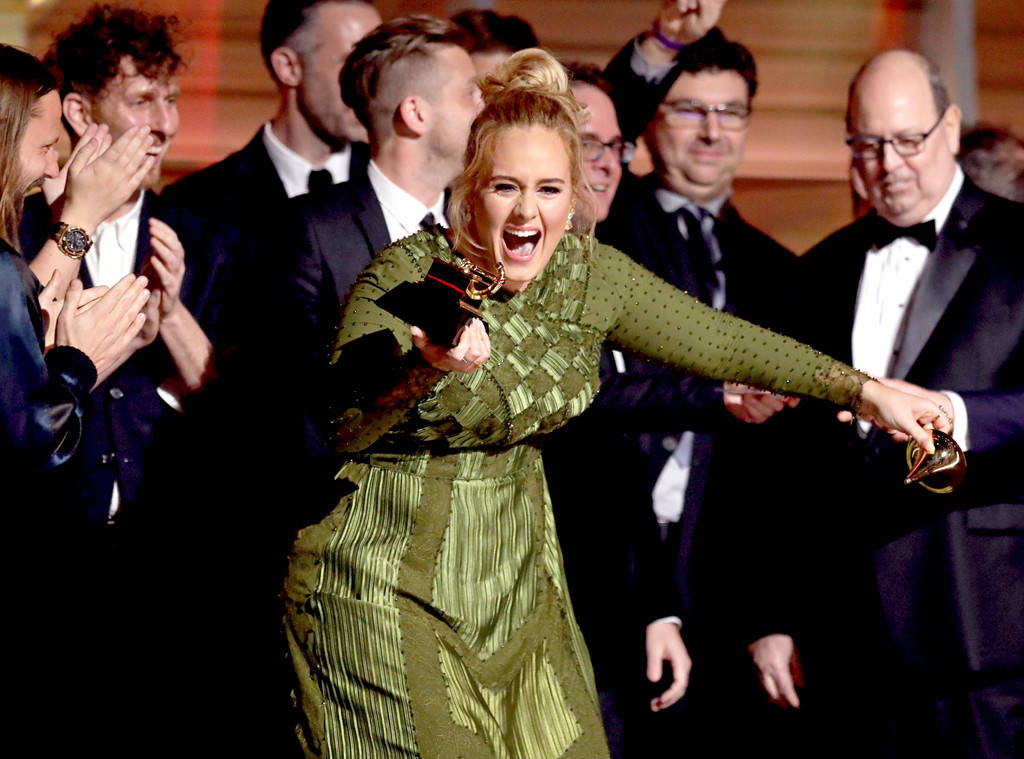 Adele Kanye’s Herself, Breaks Her Grammy In Half To Share It With Beyonce (VIDEO)

Damn. For some reason, Beyonce never gets the respect she deserves during award shows, and it’s always up to the artists on stage to give her the praise she deserves.

Last night at the 2017 Grammys, Adele made history. She is the first person to sweep all three main Grammys categories twice. Those categories being Best Album, Record and Song. She first won all three back in 2012 for her second studio album, 21.

During her acceptance speech for her Best Album win, the 28-year-old singer gushed about Beyonce. And we’re not talking about a simple, “Wow. I can’t believe the talent I was up against…BEYONCE? ARE YOU KIDDING ME?”

Nah, Adele’s praise was as genuine as it gets. She called Beyonce the “artist of her life,” and then started talking about Lemonade.

“The Lemonade album was so monumental and so well thought out and so beautiful and soul baring. We got to see a side of you that you don’t always let us see.”

Beyonce started crying during the speech. After the speech was over, Adele broke her Grammy in half and dedicated it to Queen Bey.

You can see her holding up the broken pieces in the photo below: 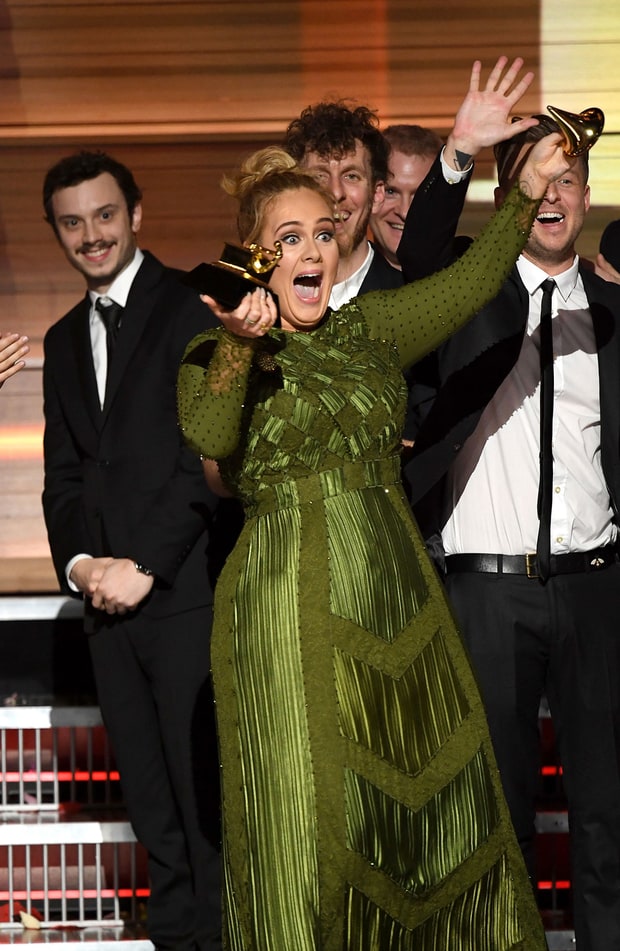