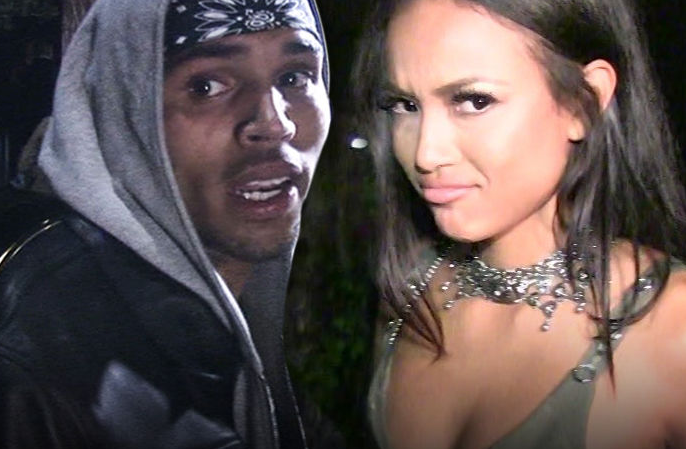 You remember that video we showed you earlier this month? You know, the one where Chris Brown basically admitted he was a crazy stalker? If you have no idea what we’re talking about, click on this link to check it out.

Some people thought he was just goofing in the video, but it looks like he was telling the truth. TMZ is reporting that his ex-girlfriend Karrueche Tran has filed for a restraining order against the 27-year-old singer.

In a sworn statement to the judge working the case, Tran claims that Brown has told multiple people “he was going to kill me,” and if he can’t have her, no one else can have her.

She also says that Brown “punched her in the stomach” several years ago and pushed her down the stairs. This would have been when Chris was on probation for beating Rihanna, so he probably did everything in his power to shut her up at the time.

Tran also claims Brown has threatened her friends and even threw a drink at one of them recently. The domestic violence restraining order requires Brown to stay 100 yards away from Tran, her mother and her brother.

UPDATE!  WE HAVE A COPY OF THE ACTUAL ORDER.

The entire thing is 21 pages long.  The shocking part is how bad the abuse was.  She says that he threatened to kill her, by text messaging her phone.  That’s not just crazy, that’s stupid.

Further In the abuse description part she writes:

In the description of the abuse Karrueche writes,