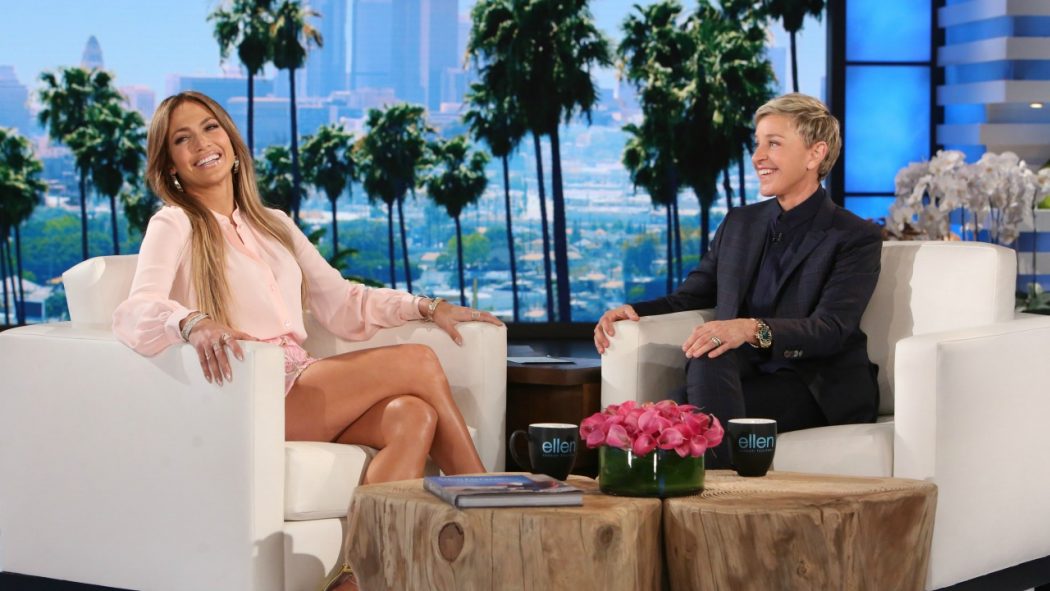 This is the moment we have been waiting for. We all know Ellen has a special connection with her celebrity guests, and she’s able to make them feel relaxed enough to talk about things they wouldn’t talk about with anyone else.

So when Jennifer Lopez stopped by the show on Tuesday, everyone was waiting for Ellen to hit Lopez with questions about her rumored romance with Drake.

Ellen brought up the photo of Drake and Lopez that was posted on Instagram. The photo can be seen at the top of this page.

“We were just hanging out,” Lopez claims. Ellen pushed the subject more and asked if they really wrote a song together…

“Yes, he did. Actually, he sent me a song that he wanted me to be on. And I got on the song. Yeah, we have a song together. I don’t know what he’s going to do with it, but yeah.”

She is trying really hard to sound ~chill~ about their relationship. She is definitely downplaying things, but the question is why? It’s either because there really is something going on between them, or they are strictly just friends and she wants to put an end to the rumors.

Ellen wasn’t able to get anything more out of J. Lo regarding Drake, but she did get her to talk about her dating life in general.

“I don’t date younger men. It’s not like you have to be younger. It’s not about that. I just meet people and if I go out with them, I got out with them. And if I like them and I like them. If I don’t, I don’t. It’s about the person. It’s about who they are. It has nothing to do with age.”