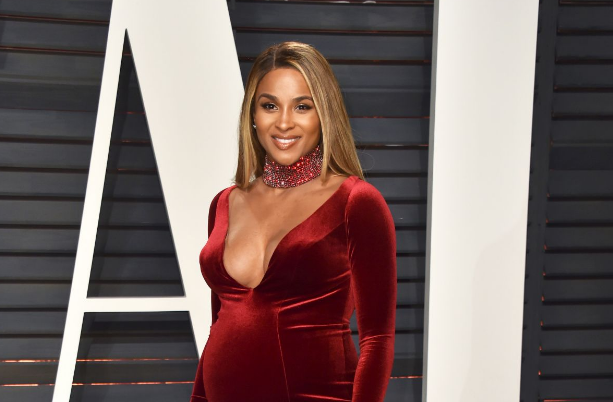 Ciara Does Her Best Beyonce Impression At The Oscars By Jacking Queen Bey’s Dress From The Grammys! Daaamn. The Beyhive is coming for Ciara after she wore a dress that looked eerily similar to Beyonce’s dress from the Grammys.

Ciara was attending the Vanity Fair Oscars After-Party, and most people had the same reaction to her dress, “Damn. She looks gooooood!”

And then they were like, “But wait…didn’t we just see this?” YES YOU DID! THIS WAS BEYONCE JUST TWO WEEKS EARLIER! 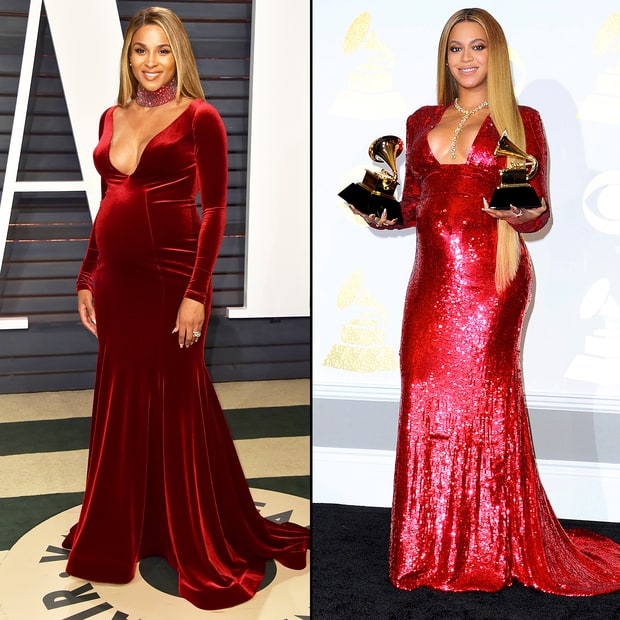 Really Ciara? Really? Are you also planning on having twins somehow? Steal a baby from the room next to you? Come on. The dresses are almost identical. The only difference being that Ciara went with velvet and Queen Bey went all out with the sparkles and glitter.

It’s possible Ciara didn’t see Beyonce’s dress from the Grammys, but we find that hard to believe. The only way that’s possible is if she just came out of a two-week coma.

But check this out…I think we all can agree Ciara wore it better. That’s the messed up part. The Beyhive is acting out ’cause they know Ciara rocked that sh*t.