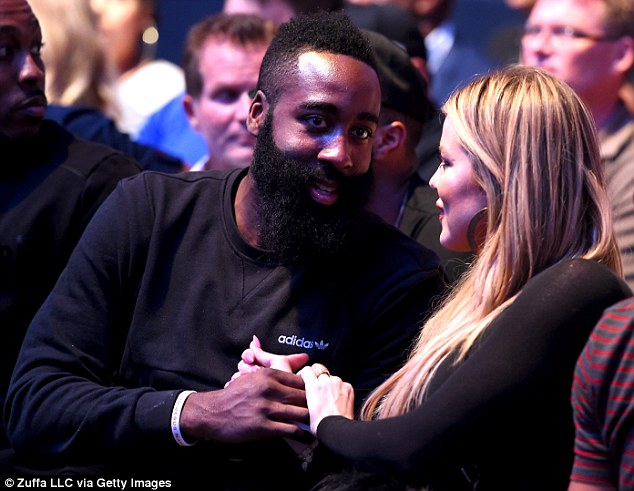 For The First Time, James Harden Explains Why He Decided To End Things With Khloe Kardashian…Can You Guess What It Was?

As we’ve mentioned before on this site, Khloe Kardashian goes through NBA players like the film industry goes through sequels. She has partnered up with more basketball players than Nike, and the jokes could go on and on.

You’ll remember that when Khloe was trying to nurse Lamar Odom back to health, she was also dating James Harden.

The two stars dated for eight months before realizing they weren’t good for each other. During a recent interview with Sports Illustrated, Harden revealed he didn’t like all the attention. It was too much.

“I feel like it was for no reason. I wasn’t getting anything out of it except my name out there and my face out there, and I don’t need that. It wasn’t uncomfortable, but it wasn’t me.  I don’t need pictures of myself when I’m driving my car. Who cares? What shoes am I wearing? Who cares? Where am I eating? Who cares? It was unnecessary stuff that I think trickled down to my teammates. I had to eliminate that.”

It makes sense, especially for a professional athlete. That’s why I’m always shocked when these NBA (NFL, MLB, NHL) players start relationships with celebrities. That doesn’t just impact their life, it can put a strain on their entire team.

During the season you have to be 100% focused on the game, and that’s extremely hard to do when the paparazzi is following you around during your nightly trip to Burger King.

But we will say that there is a chance Harden is not being completely honest. Last year, Khloe talked about the split, and she claimed Harden cheated on her…

“I’ve always said, ‘We don’t need to be monogamous. There’s a lot of s–t going on in both of our lives. You live in Houston, I live in L.A. Let’s just see each other when we see each other.’ Why wouldn’t you say, ‘OK, that’s great’? He sought me out, wanted to be committed, then wasn’t committed. [I] found out he wasn’t, and I got the receipts to prove it.”

Sounds like Harden tried to have his cake and f**k it too.