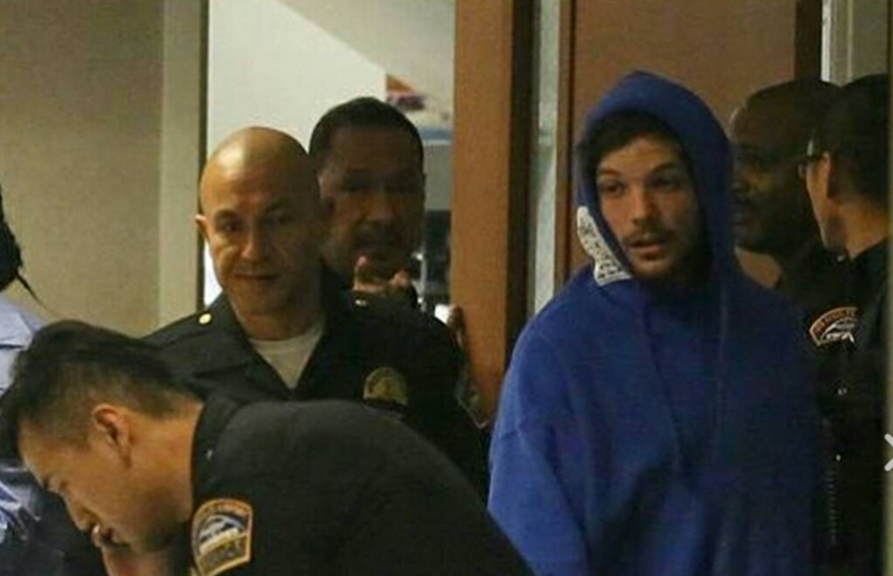 Louis Tomlinson and Girlfriend Scrap With Paparazzi at LAX, Both Tried To Get Away But Tomlinson was Held by Employees and Arrested (FULL FIGHT VIDEO) No he didn’t interrupt an award show, no he didn’t have a mental breakdown…he went toe to toe with the paparazzi!

The incident occurred on Friday .  Tomlinson was traveling with his girlfriend Eleanor Caldor when the paparazzi swarmed.  He asked one photographer to stop filming and the felt that he was too close.  The photographer refused and that’s when Tomlinson went off.

Allegedly Tomlinson pulled the reporter by his legs, and he fell backward, striking his head on he floor (not allegedly now, we have video).

As they tried to leave, another female witness then began recording Eleanor as she tried to exit and Eleanor and the other woman also got into a physical altercation. Both Eleanor and Tomlinson tried to make a break for it, before getting stopped by LAX employees who then made a citizen arrest. (I’m still not sure how citizen’s arrests work).  Tomlinson was arrested for simple battery and booked at a nearby LAPD jail

Tomlinson’s lawyer, Martin Singer made a statement to the press,

“The paparazzi provoked and caused the altercation that occurred with louis.  It’s not the first time that a paparazzi has created an altercation with a celebrity.  While the altercation was going on with the paparazzi, three other individuals were attacking his girlfriend during this incident and he came to her defense.”

Here is a bit of the aftermath that TMZ was able to catch on video.

We hope more video of the incident will be released soon.  I would love to see Tomlinson pull the legs from under the photog!  Follow Us on Facebook and Instagram for more as this story unfolds!!  UPDATE!! FULL FIGHT VIDEO BELOW