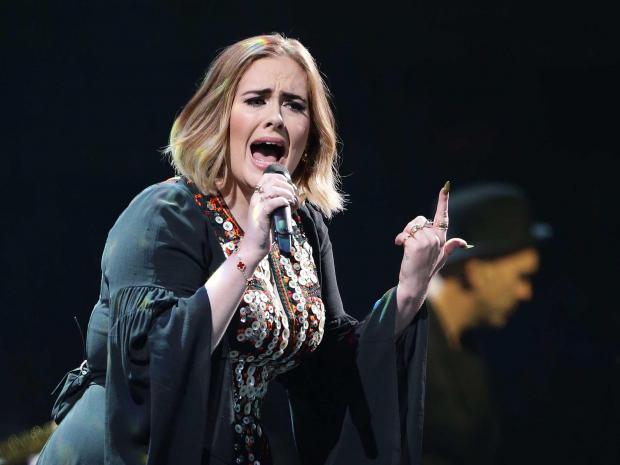 Must Watch: Adele Freaks Out During Concert When A Mosquito Lands On Her, Watch The Hilarious Clip Inside!

Adele’s concerts aren’t filled with fire, backup dancers, or props, but that doesn’t mean they are boring. The 28-year-old singer is entertaining just by being herself on stage.

There have been several hilarious moments during her most recent tour. Who could forget this video of her trying to twerk?

On Sunday night, Adele was performing in Australia, the land of dangerous animals. You would think she would have been prepared to be bit by at least one insect while she was down there, but it’s obvious from the video above she wasn’t.

Adele freaked the f**k out when a mosquito landed on her and bit her. And we’re being sincere when we say this was a genuine freak out. She was running across the stage like a 3-year-old trying to get away from a ghost.

The crowd didn’t offer her much support. They just laughed at her, because they deal with sh*t like this every single day.

This isn’t the first time a creature has crashed one of her concerts. In November, a bat derailed her concert in Mexico City.

Check out that video below…