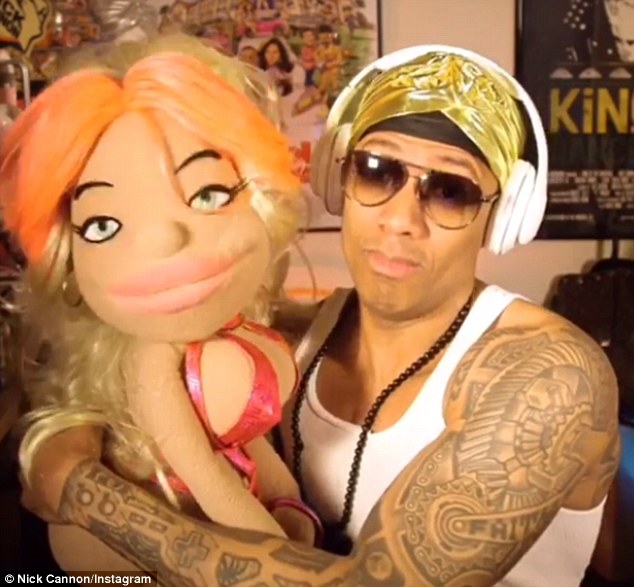 Nick Cannon Makes The Most Annoying ‘Vlog’ In The History Of Vlogs, Says He Should Have Sex With Miley Cyrus…WHAT? (VIDEO) Honestly. I don’t know how to feel about Nick Cannon right now. I mean, I respect the dude for walking away from a multi-million dollar contract. He felt like he wasn’t being respected. He couldn’t be his true self working for a major network.

That’s cool. I get that, but what I don’t get is Nick’s new vlogging channel on YouTube. He’s not adding anything new to the genre. In fact, he’s copying every annoying vlogger out there.

In the video below, you’ll watch Nick pull out silly props, force in unnecessary jump cuts, make elementary jokes, and be ridiculously loud for no reason.

It’s the standard recipe for vlogging on YouTube. He spends the first few minutes talking about Donald Trump and politics, but then he moves into the world of entertainment. He talks a little about the Nicki Minaj/Remy Ma beef, and then throws in a comment about how he should “f**k Miley Cyrus.”

Bizarre stuff. And just to be clear, we don’t think Nick is going crazy like most people seem to believe. I think he just wants attention. Also, why the heck is he still censoring himself? He complained about being censored by the network, and now he’s doing the same thing to himself.

Let’s hope he puts out some quality content soon, ’cause this vlogging sh*t is for the birds.