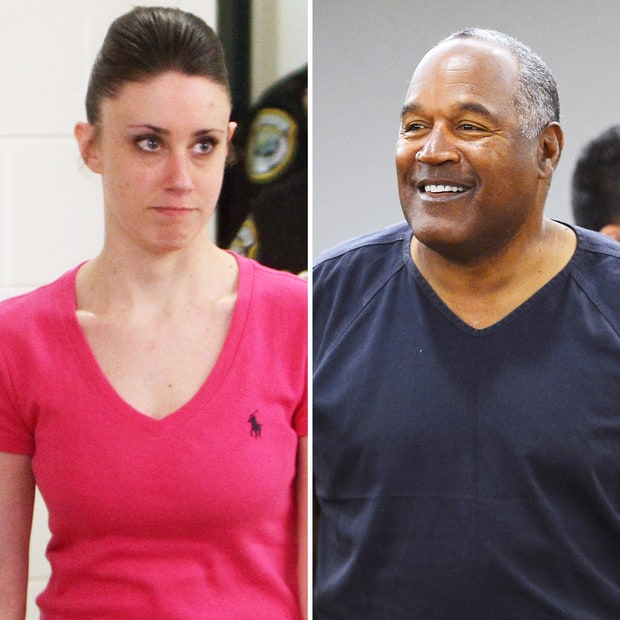 Casey Anthony Says She Can “Empathize” With O.J. Simpson In Her First Interview Since 2011

You remember the name Casey Anthony, right? Her murder trial captured the nation’s attention back in 2011. She was accused of murdering her 2-year-old daughter and hiding the body in a forest outside of Orlando.

Even though the evidence against Anthony was damaging, the jury came back with a not guilty verdict. The 30-year-old mother was acquitted and set free to live her life.

She has refused to do any interviews since then, but apparently that’s all changing now. Anthony spoke with the Associated Press earlier this week, and during the interview, she talked about how she can relate to O.J. Simpson.

Anthony claims there are “a lot of parallels” when she compares her case to Simpson’s. She says she can empathize with his situation, and she was “enthralled” by Simpson’s trial after the case was dramatized recently on the FX miniseries The People v O.J. Simpson: American Crime Story.

And it makes sense. They both got away with murdering someone, so it’s not surprising to hear she can relate to Simpson. Sorry if you’re one of those weirdos who still believe both O.J. and Casey Anthony are innocent.

But we’re done dancing around the subject. They straight up murdered someone.

Anyway, we’ll leave you with this quote from Anthony…

“I don’t give a sh** about what anyone thinks about me, I never will. I’m OK with myself; I sleep pretty good at night.”