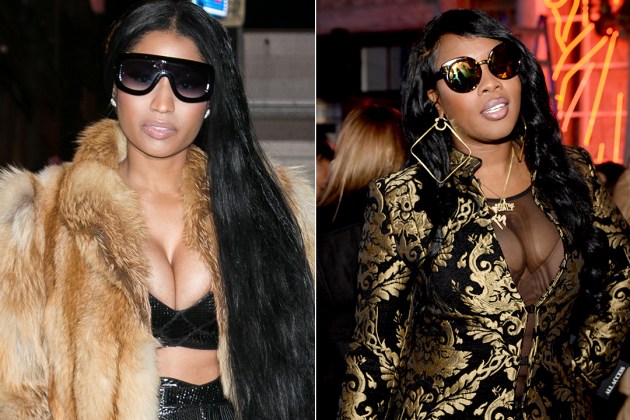 Nicki Minaj Has No Immediate Plans To Respond To Remy Ma’s Epic Diss Tracks, Claims Silence Is The Best Response

For those of you out there waiting for Nicki Minaj to respond to Remy Ma’s vicious diss tracks, well, it might be time you throw that nugget of hope out the window.

Sources who talked with TMZ claim the 34-year-old rapper has no immediate plans to respond. This after Remy called her a cheater, a has-been and even a tramp. One of the reasons she plans to remain silent is because she feels like 99% of Remy’s accusations are being exposed as lies by people like Lil Wayne and Ebro.

There are a lot of people out there claiming Nicki must respond to remain relevant, but Nicki ain’t buying it. And she also claims she’s not hiding.

In fact, it’s quite the opposite…

“She’s in the middle of high-profile appearances at Paris Fashion Week. She’s also featured on 2 tracks that were just released from Future and Gucci Mane. She also just released a new app.”

As for Remy? Well, she’s starting to distance herself from the tracks. She is disappointed by how the media ran with the beef…

“It just bothers me that this record that I put out where it’s literally picking apart a female went so viral, and every media outlet wants to talk about it and pick it up; I feel like we could’ve done the same thing working together. It could’ve been totally different. I don’t regret [“Shether”], but I’m not particularly proud of it.”