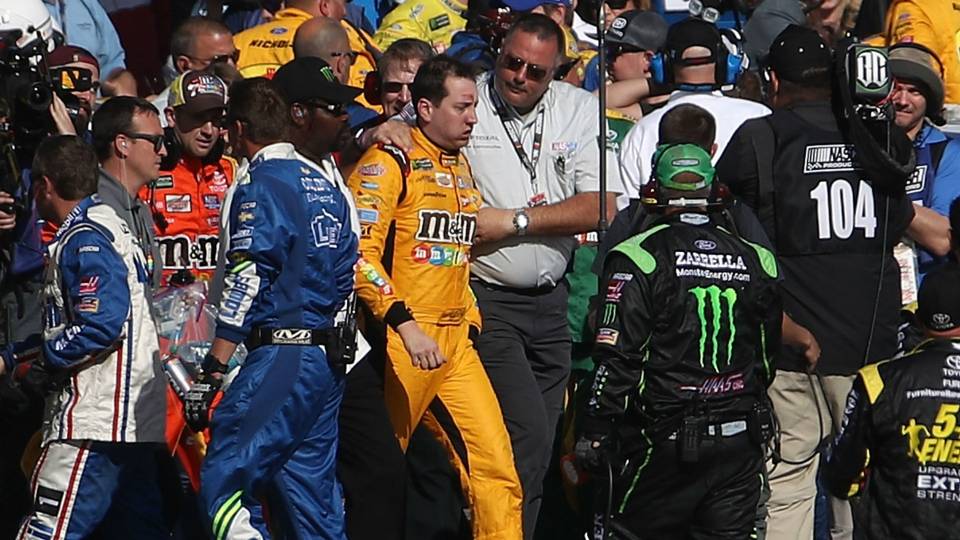 Oh Snap…NASCAR Just Got More Interesting, Watch Kyle Busch And Joey Logano Get Into A Nasty Brawl After Race In Vegas! (VIDEO) 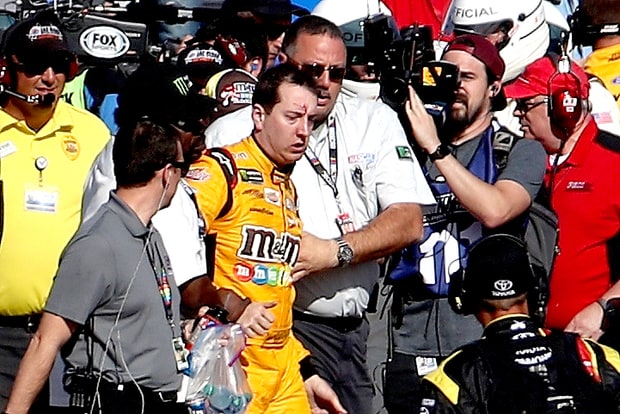 When people ask me how I feel about NASCAR, I typically reply with, “constipated,” meaning I give no sh*ts. If I wanted to watch rednecks drive around in fast cars, I’d go back home to Texas.

But believe it or not, something truly entertaining happened at a race on Sunday. Following the Kobalt 400 at Las Vegas Motor Speedway, Kyle Busch and Joey Logano got into a pretty nasty brawl.

The dude you see walking in the video and throwing the first punch is Busch. According to Us Weekly, he was pissed because Logano hit him on the track and made him drop to a disappointing finish in 22nd place. Logano went on to grab the number four spot.

After the fight, a bloody Busch told reporters, “I got dumped. [He] flat-out just drove straight into the corner and wrecked us. That’s how Joey races, so he’s gonna get it.”

Logano claims the hit wasn’t intentional, and he believes Busch is just frustrated because he crashed. He needs someone to blame.

“We were just racing hard there at the end. I was underneath him on the backstretch and he tried to crash me into the corner getting underneath Brad [Keselowski] there and at that point I was just trying get through the corner. I understand his frustration, he crashed.”

No idea what any of that means, but I support this behavior. We need more fights after the races. NASCAR After Dark. That’s what the world needs. More fighting. Less racing.

There is just something magical about watching a dude beef up on another dude while wearing an M&M’s costume.