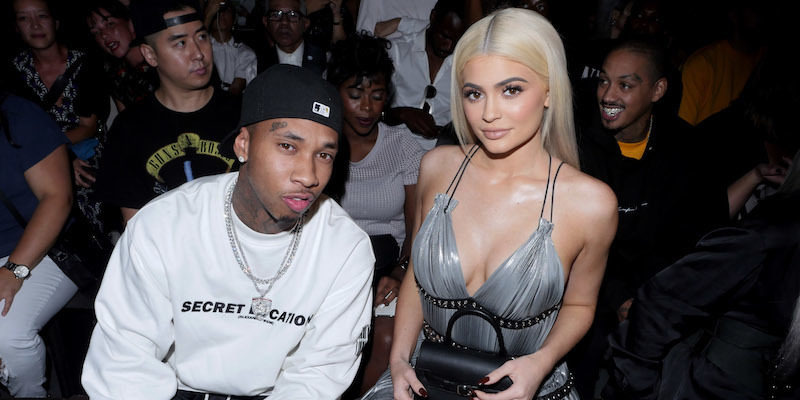 Kylie Jenner Posts Video Of Her Jamming To PnB Rock’s ‘Selfish,’ He Responds By Warning Tyga He Might Steal His Girl! (VIDEO)

Tyga better watch out because there is someone coming for his girl. Kylie Jenner posted a short clip of herself singing and white girl dancing to PnB Rock’s ‘Selfish’ track.

And you can bet PnB noticed that sh*t. TMZ tracked the rapper down at LAX on Tuesday and the cameraman asked him if he would try to steal Kylie from Tyga.

Damn. Could this be the start of a new beef? Possibly. It’s difficult to tell how serious he is because he’s laughing throughout the questioning.

But still, it’s a bit disrespectful to even joke like that. It’s not like Tyga and Kylie just hooked up. They’ve been together for over a year now. It’s a serious relationship.

We’ll see where this goes. It could get really interesting. But for now, let’s all relax and catch them good vibes while listening to Selfish.