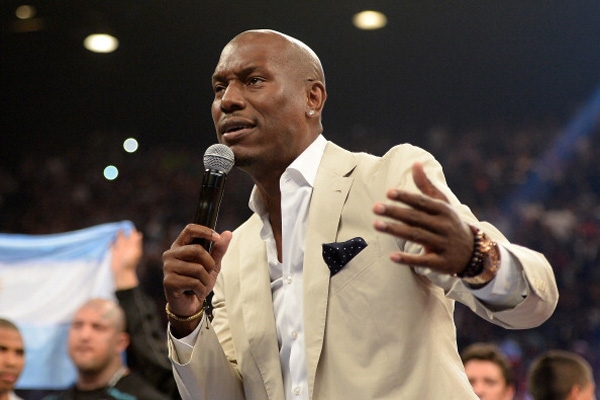 Hypocrite Much? Tyrese Angers Women with latest Social Media Post About Hair Weaves and Implants. We have the top 5 responses from Unfollowers!! Tyrese continues to be…..well….Tyrese.  He has always spoken out about relationships, black love and issues with the black community.  That is why his recent marriage was meant with a certain amount of backlash.  So much so, that he had to delete his initial post, which we were able to capture before it was removed.

In his latest Social Media rant, he basically chastises women for hair weaves, fake implants and fake butts.  While there is a certain ring of truth, Tyrese is not the best messenger and the message was delivered with arrogance and a pinch of cruelty.

Here is what he wrote along with the picture posted below – original post screenshot below, I just captured it here, and formatted  it because it’s much easier to read:

I just feel the need to send a message to all the ladies who just think Dudes are just STUPID??……. WE KNOW the difference in real hair and fake clips on’s we know eye lash extensions, we know fake hard titties pointing in 4 directions with your ribs showing in the middle?

Why so much separation? We know when you got little chicken legs and it leads to and oversized #fake ass you guys are really starting to go TOO FAR with manufactured beauty – fake lips, skinny nose barely can even breathe through your own nostrils – Sitting across from you and you couldn’t even HIDE your weave tracks??

Come on……. IM NOT trying to be mean I’m just sending a message that US REAL MEN SEE THE BULLSHIT and IF He decide to rock with you it’s just cause they wanna get one off no one will EVER take you serious like that or really make that move………..

Cause you look like a manufactured clown – Some of you have convinced yourself that it’s OK cause of how many dudes be trying to get at you…… Please let me explain….. You got your temp fix and you will continue to “attract” men who ONLY want a temporary fix……. Shout to #TeamNatural #TeamSquats and #TeamTakeMeAsIAm – #TeamHarshTruth I had to rip out a chapter from my book #MANOLOGY I understand what Tyrese was saying….but he just didn’t say it right and quite frankly, he is no longer the right messenger.  Have you seen his wife?! She is beautiful!!  The issue is, you can’t tell women to stop looking like this, when as a rich, successful powerful black man, you married this.  You can marry anyone you want because love is hard to find, but it should somehow now act as a context to your rhetoric.  This is where he failed.

The responses were not nice at all.  As you can imagine, some women simply stopped following.  Here are our favorite comments… I guess @consciousblackfemale spoke for a lot of women when she posted: