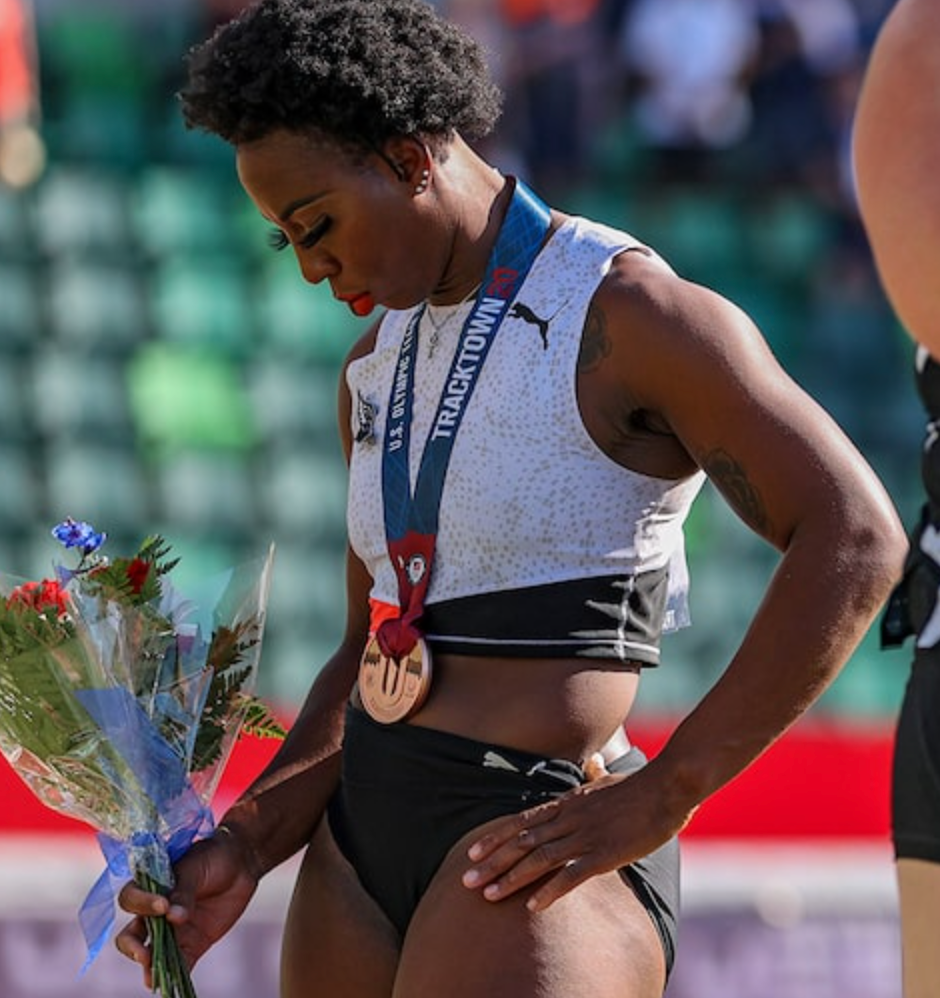 Oh, boy. The conservatives and patriotic Petes are all upset today after an Olympic hammer thrower named Gwen Berry turned away from the flag while the national anthem played during an Olympic trial event in Oregon.

Gwen Berry — who qualified for her second US Olympic team during the trials — shifted to face the stands rather than the flag before holding up a black shirt that read, ‘Activist Athlete.’

You can see her in the photos looking uninterested in the whole thing. In fact, she kinda looked annoyed, as if someone was pulling a prank on her.

And it turns out, she was annoyed. After the event, and after the moment went viral, Berry explained that she feels as if she was setup.

They had enough opportunities to play the national anthem before we got up there. I was thinking about what I should do. Eventually, I stayed there and I swayed … It was real disrespectful. I don’t really want to talk about the anthem because that’s not important. The anthem doesn’t speak for me. It never has.

I’m all for a good conspiracy theory, but I don’t about this one. I don’t think this is the kind of attention the US Olympics wants, but what do I know.

A rep for the USA Track and Field team denied her accusations, claiming the anthem is scheduled to play daily at a certain time.

We didn’t wait until the athletes were on the podium for the hammer throw awards. The national anthem is played every day according to a previously published schedule.

Some of you may remember that the International Olympic Committee has already said athletes who compete at the games are forbidden from making political/social scenes during the events or while at the podium. So it’ll be interesting to see if athletes respect that, or say “f**k it, they can’t ban us all!”

I’m not sure why the committee made that decision, honestly. I think it just made things more heated. When you tell someone they can’t do something, they want to do it even more.

In any event, the backlash is pretty stupid. Just because you don’t put your hand over your heart during some obnoxiously patriotic song, does not mean you don’t love or even respect your country…whatever the hell that means anyway.