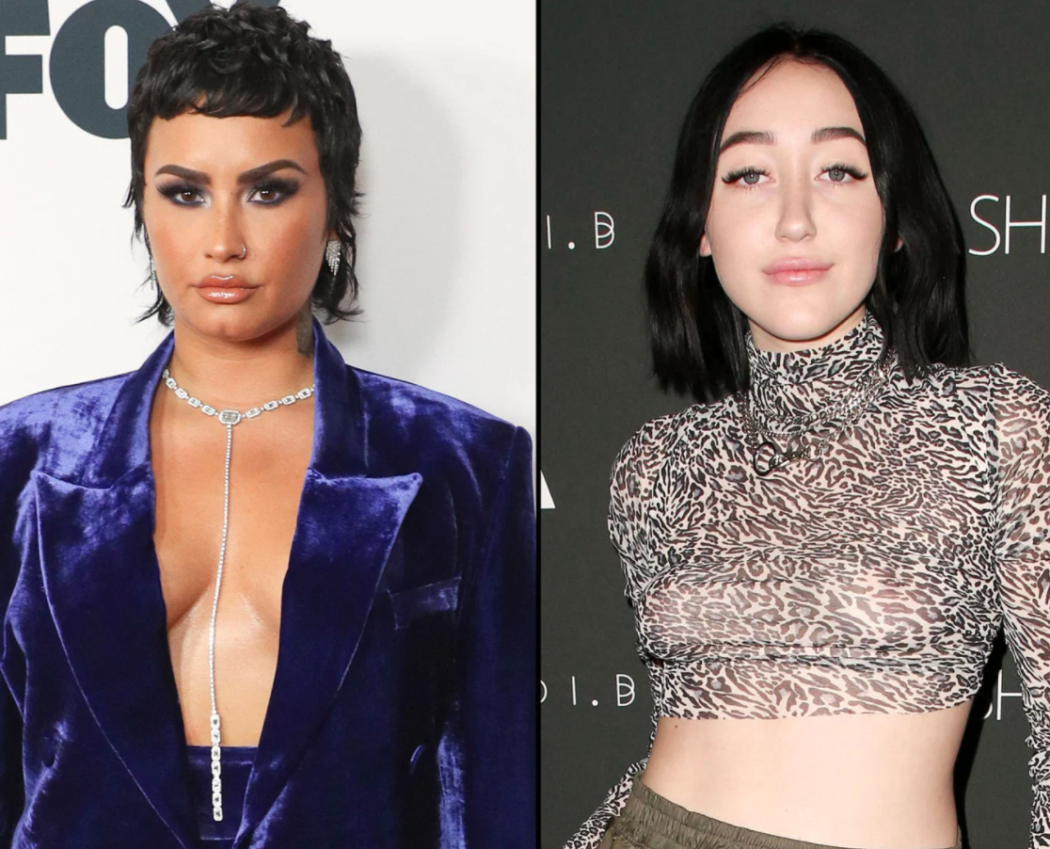 Demi Lovato and Miley Cyrus have had similar careers. They both got their start on Disney Channel. They both sing and act. They’ve both struggled with fame and drugs, and they’re both experimental when it comes to their sexuality.

You’d think they would be the perfect match, but instead, it looks like Demi is getting close with Miley’s little sister, Noah Cyrus.

Earlier this year, the 21-year-old Noah teamed up with the 28-year-old Demi to create the ‘Easy’ track for Lovato’s latest album. While recording the track inside the studio, their behavior came across as super flirtatious to those around them. Insiders were beginning to wonder if they were more than just friends.

However, a second source claimed they were just friends and nothing romantic was going on.

Well, now months later, the two stars were spotted holding hands at Six Flags. The photos were snapped back on Tuesday when they attended the Space Jam party at Magic Mountain.

Cyrus and Lovato’s outing comes a week after the duo performed the collaboration for the first time during the YouTube Pride 2021 event. The Trans Chorus of Los Angeles joined the musicians for the performance.

Now obviously two girls holding hands isn’t a sign of romance. Girls hold hands all the time, but given the history here, it’s possible this could be a sign of something more.

Lovato has previously been in serious relationships with men, including Wilmer Valderrama and Max Ehrich, while Noah was previously linked to rapper Lil Xan.

We’ll see where this goes, if anywhere, but it’s of interest. We wonder what Miley would say about it?