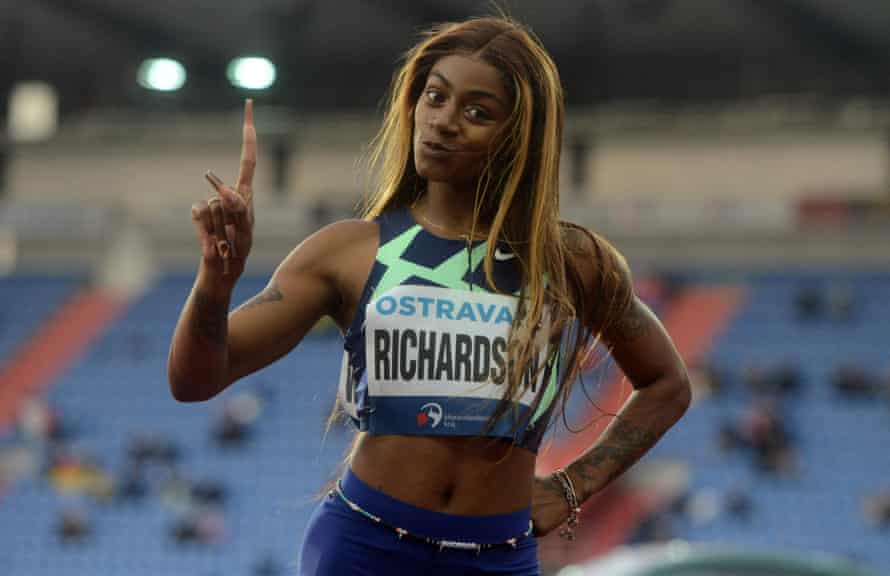 All these headlines out here talking about “DRUGS” as if she took some performance enhancing substance. She literally smoked some weed. When you write a headline like this:

It leaves out the substance and the fact it’s only a 30 day ban.

Some blogs post that headline without any context at all. I get it, yes, it is a drug. But it’s a whole set of different circumstance then it being some type of steroid.

In fact, her times are even more amazing considering she ran with weed lungs and still “Smoked” everyone.

Banning for performance enhancing drugs is a much longer suspension. Just two weeks ago Runner Shelby Houlihan was banned for 4 years after testing positive for anabolic steroid. She says it’s a false positive based on a burrito she ate. But the penalties for steroid usage are much stiffer.

Now, shame on Sha’Carri, her team and her plug for not doing the right thing and ruining what could be the biggest opportunity of her lifetime. We need to do better. We don’t get a chance to be sloppy. Greatness for us often comes with the task of needing to be great, not perfect, but great 24 hours a day, 7 days a week, 365 days per year. The 2nd you slip up, they got you. Because they are watching and waiting.

I’m just wondering how come I never saw the Shelby Houlihan story until I went looking for it.