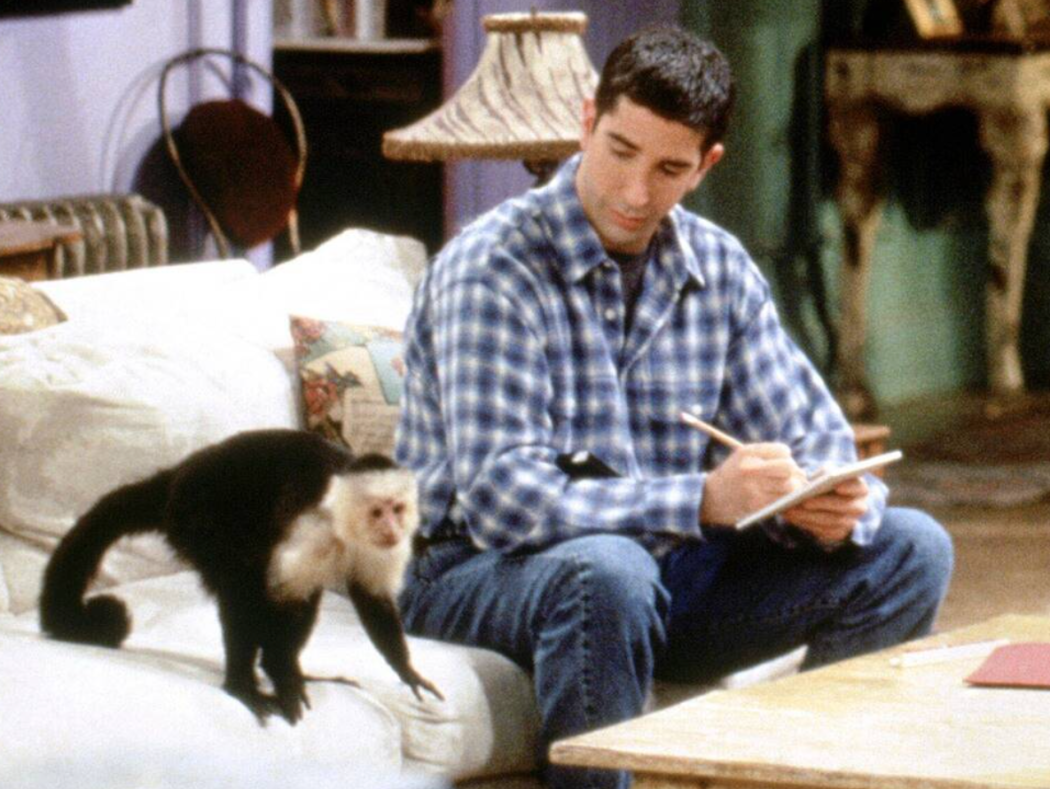 This is a super bizarre story, but we’re here for the beef. If you’ve watched ‘Friends‘ then you know Ross (played by David Schwimmer) had a pet monkey named Marcel. The monkey appeared in eight episodes of the show before being shipped to a Zoo in San Diego, only to become a Hollywood star down the road.

On the show, Schwimmer had to act like he loved this monkey. I mean, when Marcel had to get on the plane to San Diego, it was pretty heartbreaking. Schwimmer played his part well, which is especially remarkable considering he hated the monkey in real life.

During the HBO Max special, Schwimmer revealed he was super happy when Marcel left the show.

Obviously it was trained and it had to hit its mark and do its thing right at the perfect time, but what inevitably began to happen was we would all have choreographed bits kind of timed out and it would get messed up because the monkey didn’t do its job right.

He also explained that the monkey had to be fed “live grub” and the trainer would feed it while it was sitting on Schwimmer’s shoulder, so he’d constantly be covered in this “live grub.”

So yeah, we can see why he didn’t love the monkey. It made his job harder, and no one likes anything that makes their job harder.

But according to the animal trainer who worked with the monkeys on set, Schwimmer was just jealous of the animals because they were getting bigger laughs.

During an interview with The Sun, Mike Morris slammed Schwimmer.

Jealous of a monkey? I don’t know, man. I think he was just annoyed that he had to work with an animal. From what I’ve heard, no actor likes working with animals, even if they’re the biggest animal lovers off set. It’s just hard to work with them.

Morris took an additional shot at Schwimmer, trying to make him feel bad because the monkeys who played Marcel have all died…

Him still talking ill about the monkey all these years later seems pretty childish to me. Schwimmer was talking ill of the dead when he made those comments. I find it despicable for him to still be speaking ill of her.

Bruh, what? It’s not like he called the monkey a dick. It didn’t sound personal, man!