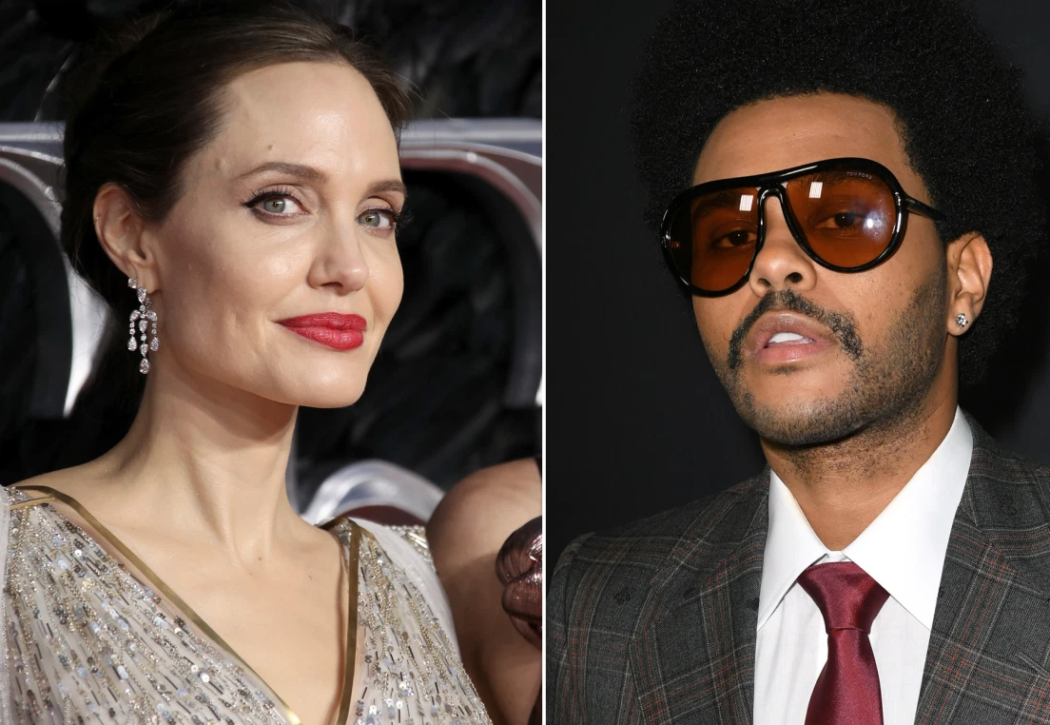 Wait, What? Is The Weeknd Really Trying To Date Angelina Jolie? Details Inside!

In what might be the most bizarre dating news this year, some publications are trying to spark romance rumors between The Weeknd and Angelina Jolie.

How did this all start? Well, two weeks ago, the two stars were spotted eating dinner together in Los Angeles. According to the insiders, they were at the hot spot for two or three hours before leaving. They left separately, by the way, so the paparazzi couldn’t place them together.

But that’s just one dinner, right? They could have been talking business. After all, some people say The Weeknd has been wanting to get more into acting after his small role in Uncut Gems. Maybe Angelina has a project for him.

The dinner didn’t spark too much discussion, but now the rumors are running hot because they were just recently spotted at the same concert.

It was a private concert for Toronto artist, Mustafa The Poet.

So the fact that they’ve been spotted together twice in the past two weeks has people talking.

The only thing about this is that it doesn’t look like they spent any significant time together at the concert. It’s hard to know for sure, but it certainly didn’t seem like a date night, considering Angelina was there with her kids.

And remember, The Weeknd is from Toronto, so he could have been there to support a fellow Canadian.

So yeah, I’m not buying the dating rumors. I think their dinner was strictly business, and I think the concert was a coincidence.

Besides, Angelina was seen just last month leaving her ex-husband’s (Jonny Lee Miller) apartment with an expensive bottle of wine. Rumor has it they are trying to make things work again.