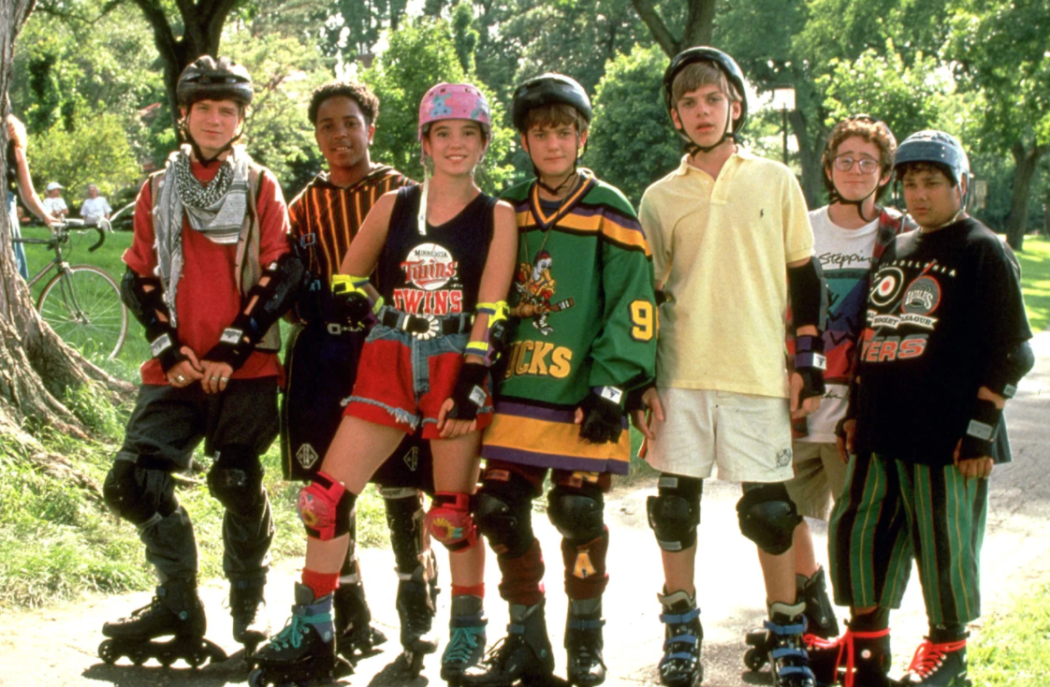 If you were a kid growing up in the ’90s, there is a decent chance you were a fan of ‘The Mighty Ducks‘ franchise. It put the spotlight on hockey, which doesn’t often happen in America.

The sports comedy-drama followed a youth hockey team full of lovable misfits. The movie was highly successful, making over $50 million at the box office. It sparked two sequels, both of which were also successful, especially when it came to home video rentals, where they made an additional $50 million.

Here recently, Disney decided to bring back the franchise with a TV series titled The Mighty Ducks: Game Changers.

Now a hockey powerhouse, the Mighty Ducks junior team is selective about who makes the cut. After being cut and told he is wasting his time, 12-year-old Evan Morrow, at the urging of his mother, forms a new team of underdogs with the help of original Ducks coach, Gordon Bombay, who has since become the despondent owner of a low level ice rink.

The creators planned for a special reunion episode of the show, featuring the stars of the original film. And while the episode did indeed happen, it was without Joshua Jackson, who played Charlie Conway in the original films.

Why wasn’t he involved? Well, he was deep in filming the upcoming crime drama series, Dr. Death.

I was in the process of playing a sociopathic spinal surgeon so I wasn’t available to be in the first season of the Mighty Ducks [Game Changers].

But still, he thinks about his character from The Mighty Ducks. What would life look like now for Charlie? Well, Joshua believes he’d be in a good spot in life.

I would say things worked out well for him. He’s probably somehow peripherally involved in the Minnesota Wilds organization. Maybe [he] settled down in Minneapolis-Saint Paul, got a couple of little kids of his own, hopefully. I think Charlie did alright.

Steven Brill, exec producer of The Mighty Ducks Game Changers, talked to Entertainment Weekly about trying to get Joshua in the special reunion episode, which featured six of the original Mighty Ducks.

Well, maybe there will be time for Charlie in season two? Disney hasn’t officially renewed the series, but it looks likely.