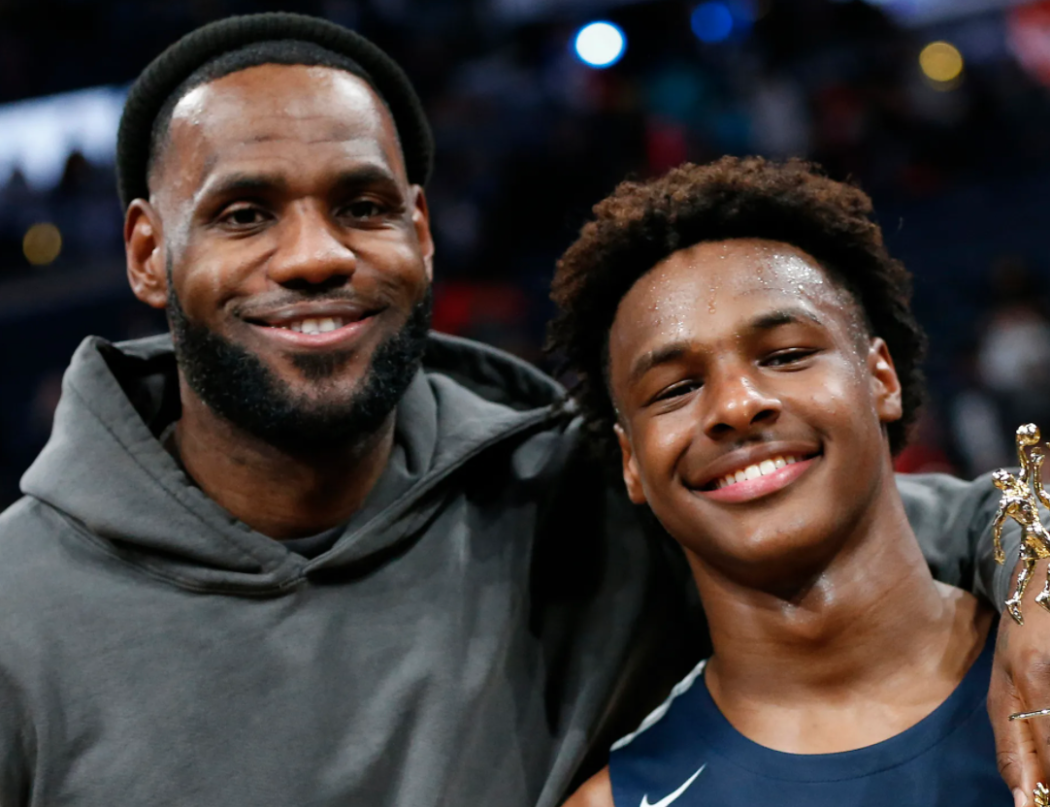 Last month, LeBron James’ 16-year-old son Bronny made the cover of Sports Illustrated as a member of the esports organization FaZe Clan. I’m not sure what that means, but he made the cover. That’s the important part.

LeBron was also featured on the cover at a young age back in 2002, and he thought that he still held the record for the youngest James to cover the magazine.

But Bronny was quick to correct him. During an appearance on Jimmy Kimmel Live this week, LeBron talked about the incident…

When he got on the cover, I was like, ‘You know I was younger than you, right?’ And then he did some research—all these kids got all these phones, which we didn’t have when I was growing up—he was like, ‘Dad, no, you were six months older than me. Now I’m the youngest guy in the household on Sports Illustrated.’

Of course, Bronny isn’t only a talented esportsman(?) he’s also a star basketball player in high school. Many people believe he could be a legit NBA star just like his father.

And while Bronny might have the Sports Illustrated record, LeBron still has all the cash. He currently has a net worth of $500 million, but that number could be growing closer to $1 billion in the coming years.

It’s being reported that he and his business partner Maverick Carter are in talks with Nike regarding a potential sale of their SpringHill Entertainment. The talks are still in the early stages, but they could be looking at a valuation as high as $750 million.

Not a bad total, considering they just launched the damn company one year ago.