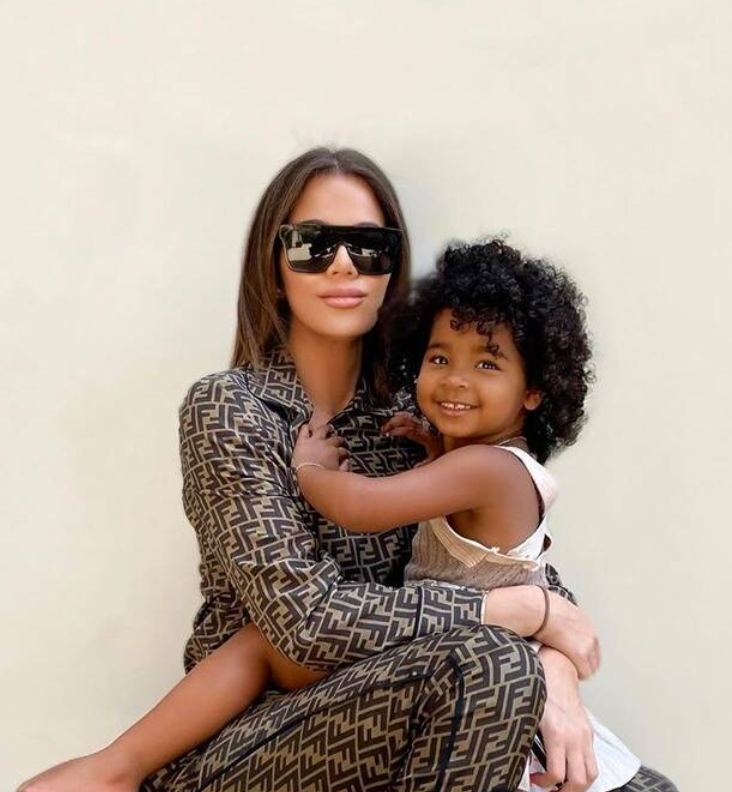 We all know the Kardashians love black men. I don’t think that’s any secret. Kim Kardashian has been with Kanye West, Ray J, Reggie Bush, and Nick Cannon. Meanwhile, Kylie Jenner has been with Travis Scott, Tyga, and even Miles Richie.

And of course, there’s Khloe Kardashian, who has been with Lamar Odom, James Harden, and most recently Tristan Thompson.

She and Thompson share a 3-year-old daughter together, and during a recent interview on Leomie Anderson’s Role Model podcast, Khloe talked about what it’s like as a white mom raising a black child.

I will be always learning and trying to do the best I can do as being her mom, but I’m obviously not a woman of color. I do want her to be exposed to as much inclusion, but variety as possible. I don’t want her living in a bubble thinking, you know— because we do have this very privileged life and I want her to know all types of life and all types of living and be very aware of that.

I wonder how she plans to do that. I mean, she’s got like two billionaires in her family. How is her daughter gonna know all types of life and living? Is she going to send her away for a year? I think the Kardashians are so far removed from the daily struggles people deal with that she wouldn’t even know where to begin.

I know some people get uncomfortable with talking to their kids about race. Or they think, ‘Oh we live in a bubble. We never have to address that my child is Black.’ I mean, of course you do! You’re only setting them up I think for failure if you don’t talk about race and probably the things that they’re going to endure once they’re in, quote, the ‘real world.’

The beauty of having some of my sisters in the same situation is we get to have those conversations probably together.

That’s right. She’s got a whole damn family who has loads of experience with this very situation, so we’re sure she’ll be just fine.