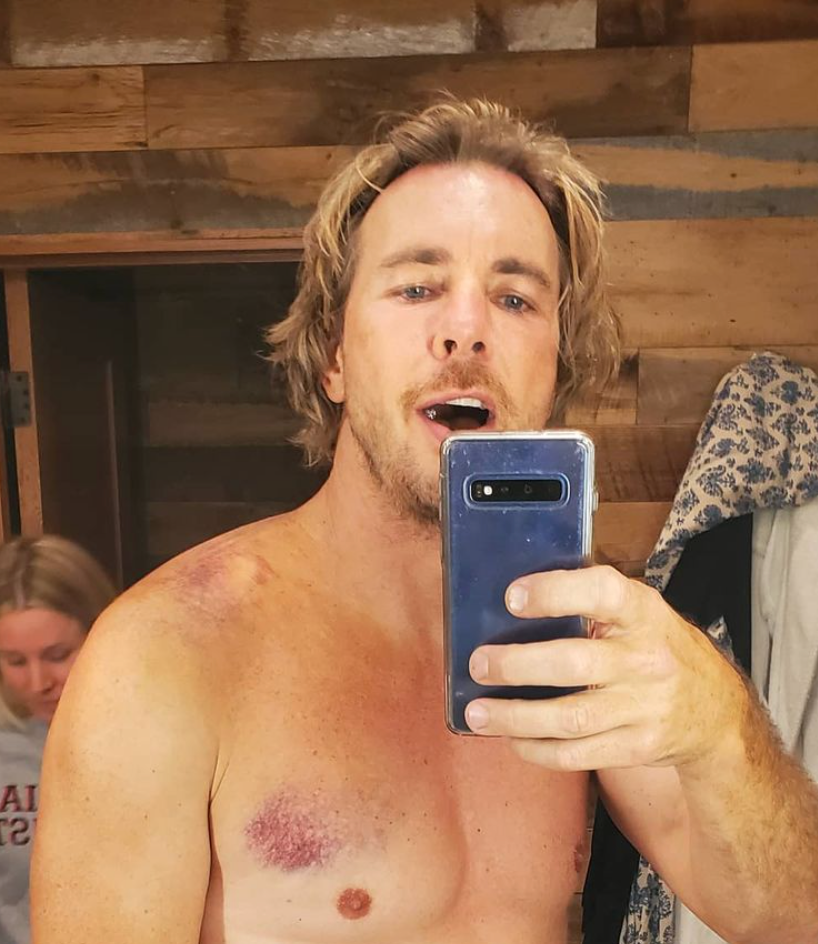 Dax Shepard lives his life one addiction at a time. We don’t say that to hate, it’s just the truth. He has struggled throughout his life with addiction. He had a relapse last year after taking painkillers following a motorcycle accident.

Thankfully, after months of trying to hide it, the actor found comfort in his wife, Kristen Bell, and was able to get clean once again.

But he’s a very passionate/driven dude. When he sets his mind to do something, he does it…no matter the cost/danger. It was revealed on a recent episode of his Armchair Expert podcast that he decided to fulfill his lifelong dream of bulking up.

He’s always been skinny or perhaps a medium type build, but he’s wanted to be beefy like The Rock for a long time.

So he finally decided to do it during quarantine. He talked to his guests, Ashton Kutcher and Mila Kunis, about his incredible transformation. He’s gained around 25 pounds this past year, going from 185 to 210. Most of that weight being pure muscle.

How did he do it? Well, he didn’t lie. He admitted that he took heavy testosterone injections, while also working out six days a week and drinking lots and lots of protein shakes.

Mentally, I love it because it makes me far more on fire to be alive. I was depressed after CHIPS. I was literally retiring, that was the plan, I’m out… All of a sudden I was on fire to work. … This is the version I enjoy. I spent my whole life as a medium boy, and now I’m a big boy and I like it.

He did say that his father was also low in testosterone, so he felt like it was okay to get injections. Kunis and Kutcher didn’t seem convinced, but they were still happy for their friend, despite being a little worried about the injections.

Kutcher had this to say when he saw Shepard’s biceps…