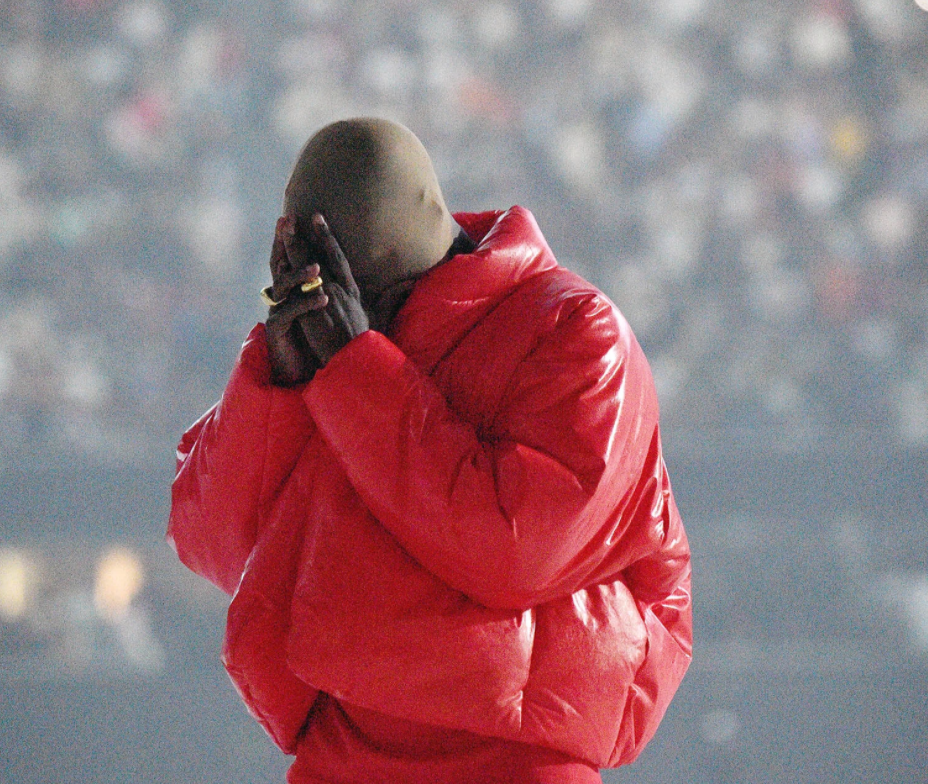 Well, Kanye West is back with a brand new album. The 44-year-old rapper is expected to drop his tenth studio album, DONDA, sometime today (July 23)

But last night in Atlanta, he held a listening party for the new album, and this is what he wore to the event…

Looking like an extra from Eyes Wide Shut or some sh*t. Dude looks like he’s about to rob a bank on Mars.

Anyway, Kim Kardashian attended the event with their children and her sister Khloe Kardashian. Still though, that didn’t stop Kanye from breaking down while performing “Love Unconditionally,” he cried while rapping about losing his family.

JAY-Z appeared at the end of the album for a verse that Young Guru claimed was recorded today. ‘I told him to stop all that red cap, we going home,’ JAY-Z raps on the song. ‘This might be the return of the Throne. Hova and Yeezus, like Moses and Jesus.’

West was supposed to drop the album on all streaming platforms at midnight, but of course that didn’t happen. The dude is always making his fans wait. Last checked, the album still hadn’t dropped, and we’re approaching afternoon on the East Coast.

But at some point, he will release it. It will likely be sometime today, but it could also be tomorrow, or the next day…OR NEVER! He creates his own rules.