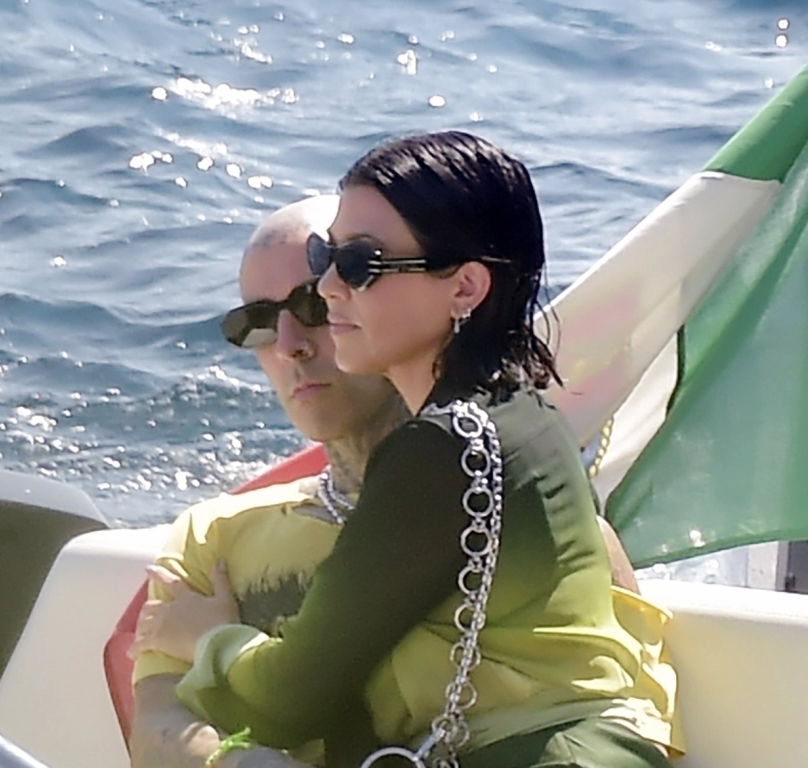 Years ago, Scott Disick was the somewhat decent family man on Keeping Up With the Kardashians who would offer witty one liners to keep the show entertaining. But as he fell deeper into the party life, he became a bit sad.

Since leaving Kourtney Kardashian, the 38-year-old father has dated two 19-year-olds, and now he has the balls to criticize Kourtney for enjoying an age appropriate relationship.

As most of you know, Kourtney and Travis Barker are deep in a serious relationship. They started off as a friends, but now they can’t keep their hands off one another. The two stars have posted several steamy photos together on their social media accounts.

And just recently, during a trip to Italy, the paparazzi caught Kourtney all over Barker while on a boat…

These hot shots had Disick feeling some type of way. He was so deep in his feelings that he reached out to Kourtney’s ex-boyfriend, Younes Bendjima, hoping he would talk sh*t with him.

Instead, Younes shared Scott’s DM with the public and basically shamed him.

Scott sent him the message you see above, along with the photo of Kourtney straddling Barker.

Younes responded, “Doesn’t matter to me as long as shes happy. PS: i aint your bro.”

Damn. That didn’t go over the way Scott thought it would.

Also wonder how his 20-year-old girlfriend feels about this. I’m sure she ain’t happy knowing he has Google alerts set up for his baby momma.