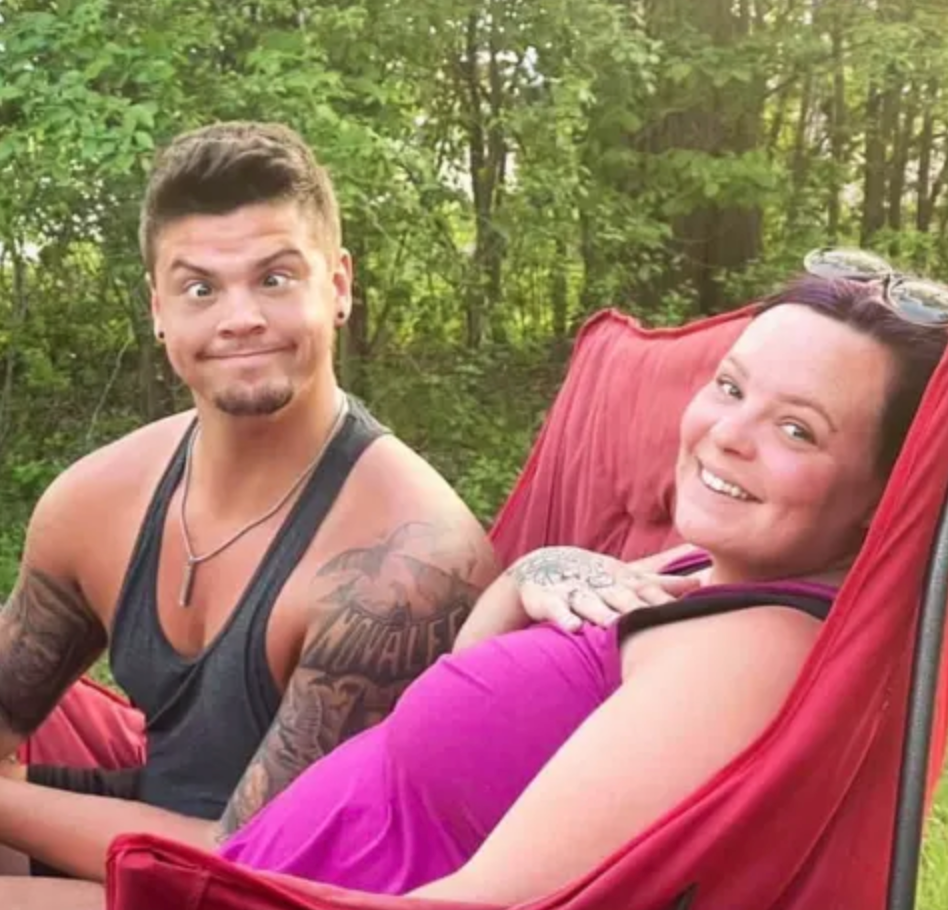 ‘Teen Mom‘ on MTV is still going on. The brand new season of ‘Teen Mom OG’ just premiered this past week, and the first episode featured Catelynn Lowell and Tyler Baltierra finding out the sex of their new baby.

If you’ve been following their journey for the past 10 years or so, you’ll know that Catelynn and Tyler have only had girls. Their first kid who they gave up for adoption was a girl, and their two kids after her were also girls.

Tyler has really been wanting a boy, so they decided to try one last time, and unfortunately for Tyler it was another girl. He managed to hide his disappointment on the show, and it looks like he has come around to the idea of having another daughter. Not that he had a choice in the matter.

Catelynn welcomed their new baby girl, Rya, into the world on August 28, and they shared the first photos of her on Instagram this week…

Even though Tyler was hoping for a boy, he’s obviously incredibly happy with his new daughter.

Shortly after her birth, he wrote…

There is no better feeling in the world than hearing your baby’s little breathing sync with yours as both of your heartbeats do the same through the warmth of your skin as it touches theirs. I’m head over heels in love!

They claim this will be their last kid, so we’ll see if they keep their promise. Considering how much Tyler wanted a boy, we wouldn’t be surprised if they adopted a kid in the future, which would kinda be the perfect ending for their family.

In any event, congrats to Tyler and Catelynn! It’s really crazy to see how much they’ve grown over the past decade.