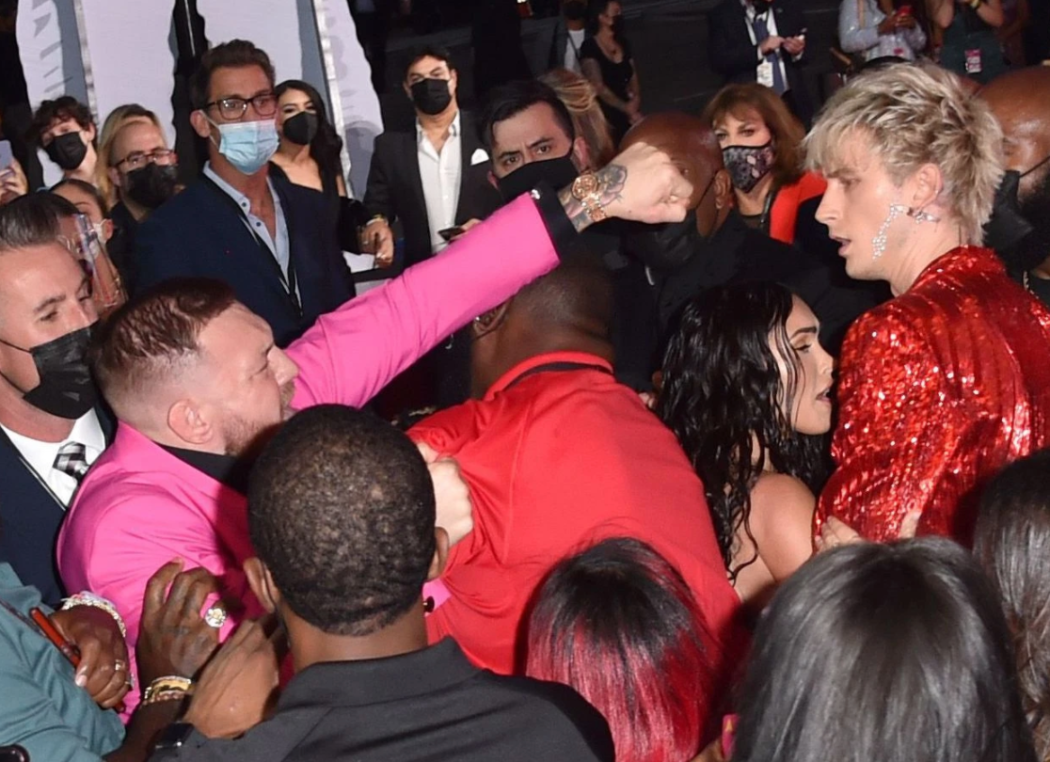 Conor McGregor’s shattered leg hasn’t even fully healed yet, but he’s still out here trying to get in fights.

The 33-year-old former UFC champ was at the VMAs last night (September 12) when he ran into Machine Gun Kelly. It’s not exactly clear what set them off, but photographers say by the time cameras were pointed at them, words were already being exchanged.

After the heated verbal exchange, McGregor lunged at Kelly, but was held back by a mob of people. After a brief scuffle, MGK and Megan Fox threatened not to walk down the red carpet, but they changed their minds once McGregor left the scene.

But at one point, when it looked like they wouldn’t walk, photographers were PISSED at McGregor. They were ready to jump him because they all wanted a photo of Fox, because well, she looked like this…

So what happened between MGK and McGregor? It’s not exactly clear, but McGregor told ET’s Rachel Smith he didn’t even know who MGK was…

Dude is trying to start some trouble. He’s playing it cool now, but I bet you he’s the one who started sh*t.

One source claims McGregor threw a drink at Kelly, but that report hasn’t been confirmed.

I don’t know why they keep inviting this dude to things. Or actually, that’s not true. They obviously do it because he brings press. He’s a wild card. One day though, it’s gonna backfire on them.