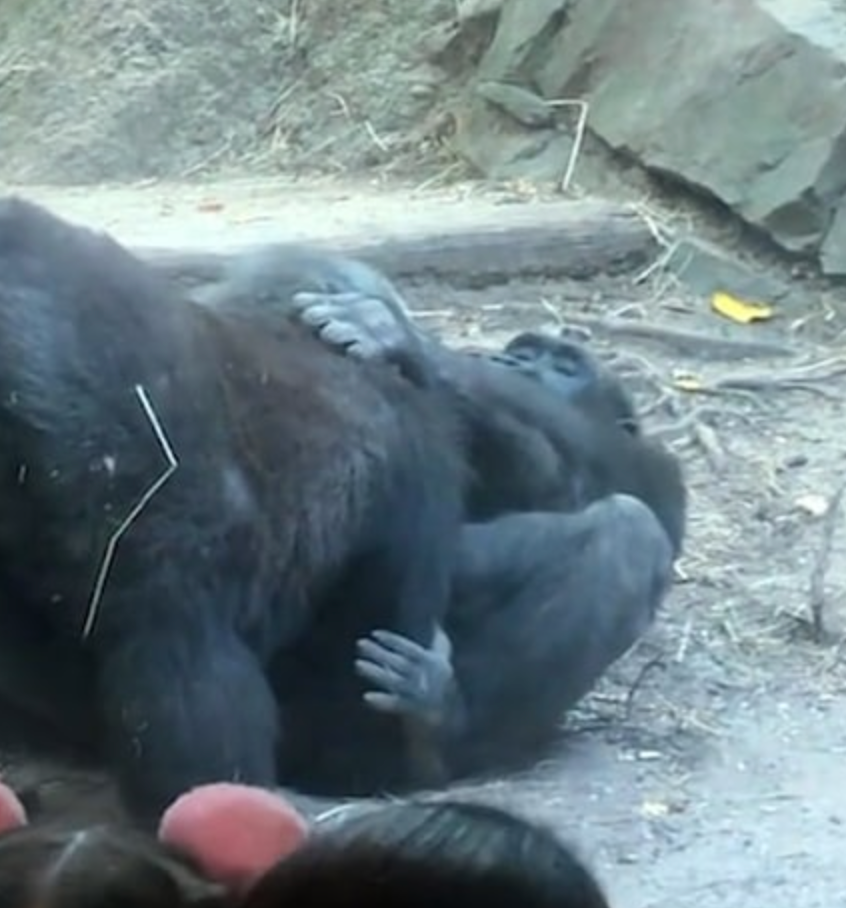 HIDE YO’ EYES! Gorillas Caught On Camera Going Down On Each Other Inside Bronx Zoo

Imagine this. You wake up early one morning and think, “Man, I should take the family to the zoo today” and so you pack up the car with waters and lunchables. You call grandma to see if she wants to come.

And then you walk for hours in the hot sun watching animals inside a cage. You probably yell, “Hey, be careful!” 30 times at your kids. It’s really a miserable time. I’m not sure why zoos exist.

Anyway, imagine all that happening, but add in some gorilla oral sex. Yeah, that’s right. Gorillas apparently go down on each other just like us humans.

As you can hear, the parents were shocked and some turned their kids away, although it’s not like the kids would have known what was happening.

I was shocked and had no idea that was a ‘natural’ act. I was in the gorilla exhibit with my 4-year-old daughter and niece. My wife had to stay out of the exhibit with my sleeping son, so I wanted to capture a lot of video. Then this magic happened.

According to the experts, this is somewhat normal behavior for great apes…

Oral sex is actually fairly common throughout the animal kingdom with sightings of species ranging from cheetahs to bears and bats engaging in the salacious act.

So yeah, humans aren’t the only freaks out there. WE ALL OUT HERE GETTING WILD, BABY! LET THAT FREAK FLAG FLY HIGH! OPEN YO’ WINDOWS, LET YOUR NEIGHBORS SEE YOU!