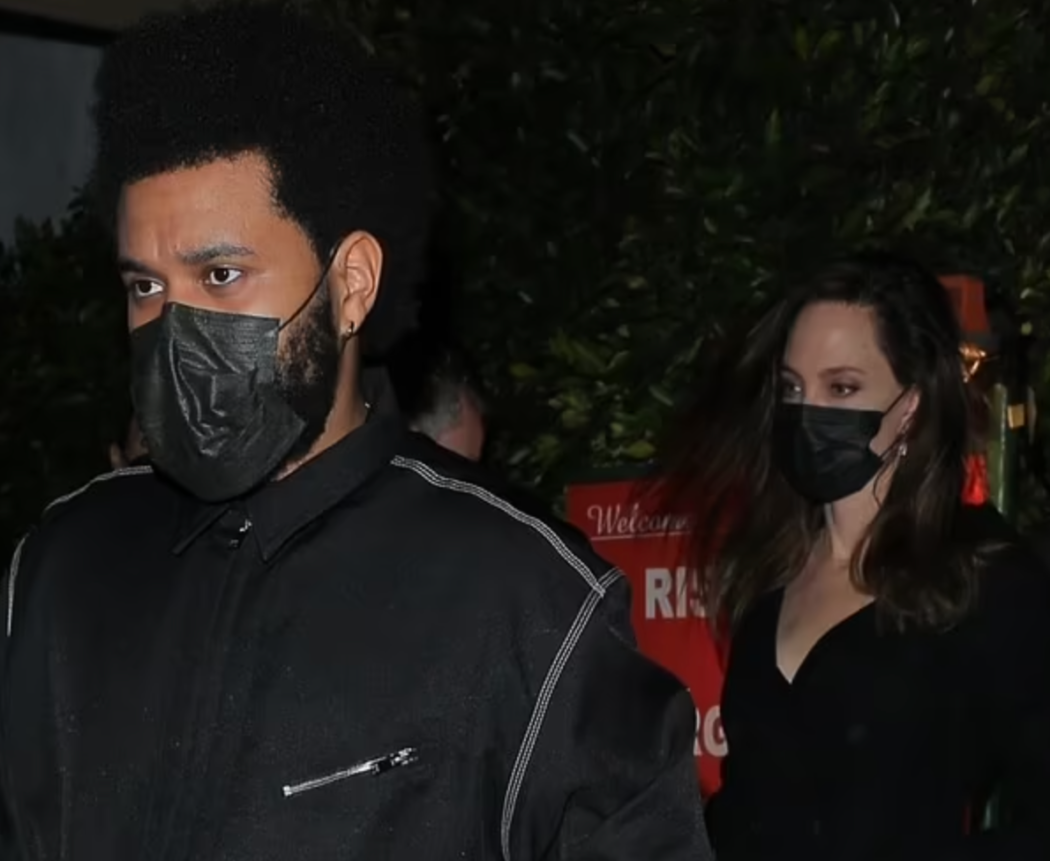 The Weeknd Is Apparently Cleaning Up After Brad Pitt, Goes On Second Date With Angelina Jolie

This is a potential relationship we did not see coming. 31-year-old singer The Weeknd and 46-year-old actress Angelina Jolie might have something heating up between them.

Some of you may remember that back in June, the two stars were spotted at an exclusive Italian restaurant in Los Angeles. They had dinner for around two hours and then reportedly left separately. We thought at the time that maybe it was work related.

But now they were spotted again have dinner at the same restaurant. This time, they dined in a private area of the restaurant and were there for nearly three hours.

And get this, sources say they left together in The Weeknd’s car and drove back to his Bel Air mansion.

Neither The Weeknd nor Jolie’s reps have commented on the potential romance, but back in July, a source maintained their connection was mainly friendly/business.

They’re clearly not trying to hide [the dinner date] He’s definitely focused on getting to the movie business. He has the new HBO series he’s starring in.

That HBO Max series is called ‘The Idol‘ and The Weeknd is also co-writing it. According to Variety, the show will follow a female pop singer “who starts a romance with an enigmatic L.A. club owner who is the leader of a secret cult.”

Not sure what role that plays in his relationship with Jolie. ‘The Idol’ is a done-deal. Everyone is on board, so it’s not like he needs Jolie to get it up and running.

I think their relationship is more than just business at this point, but we’ll see what happens.