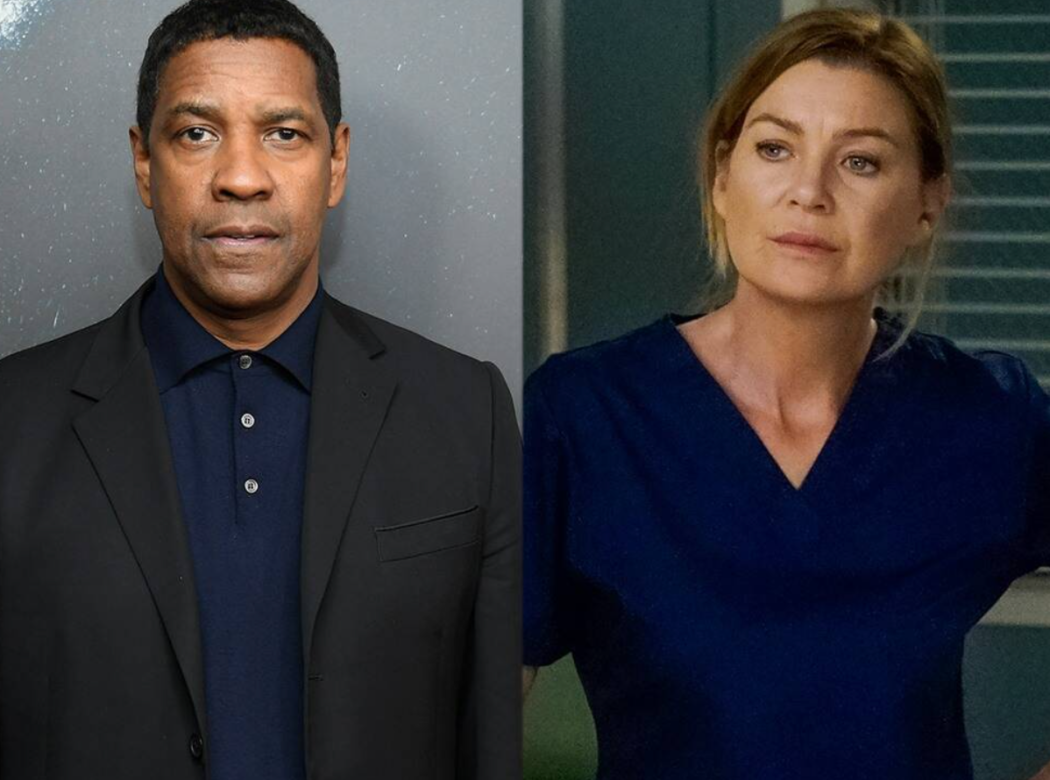 Yes, we’re hearing from Ellen Pompeo again. The 51-year-old actress, who is known for being annoying and self-obsessed, has started some drama this week while talking on an episode of her podcast, Tell Me with Ellen Pompeo (because of course the title has to have her name)

She was talking about Grey’s Anatomy with her former co-star Patrick Dempsey when the 2016 episode ‘Sound of Silence‘ came up. Denzel Washington directed this episode from season 12 of the show, and apparently he and Pompeo had a heated exchange during filming.

According to Pompeo, she yelled an improvised line to another character during an emotional scene, which upset Denzel because he felt like she was directing.

I was like, ‘Look at me when you apologize. Look at me,’ And that wasn’t in the dialogue. And Denzel went ham on my ass. He was like, ‘I’m the director. Don’t you tell him what to do.’

This sparked a wild reaction from Pompeo. According to her, this is how she replied to him on set in front of dozens of people…

Listen, motherf*****, this is my show. This is my set. Who are you telling? You barely even know where the bathroom is.

Uh, yikes. Okay then. She went on to say that Washington only did the show because his wife was a big fan, “I think he saw it as a good exercise to come in and direct something real quick, but Denzel’s a movie star, he doesn’t know sh*t about directing TV.”

We should note she added that she has nothing but respect for him and that the fight probably happened because they were both actors.

We’re not sure why she decided to share this with the world, especially when it just makes her look bad, but the internet is certainly thankful…

Ellen Pompeo really disrespected Denzel Washington and proudly told the world like we were gonna be on her side… pic.twitter.com/oZpmVoO6L4

Denzel Washington: Ellen can you move slightly to the left..

Ellen Pompeo : DO YOU KNOW WHO TF I AM?! This is MY SET! THIS IS MY SHOW pic.twitter.com/zduokIDJ6A

the tl eating ellen pompeo up and i can’t defend her this time bc she was wrong and why you telling us the story unprovoked like it’s tea pic.twitter.com/uGTg3QZe94